The Soma Tantra: Obsidian Eagle Releases Original Retelling of Ancient Tale About War Against the Moon

Fusing fantasy, sci-fi and mythology with compelling spiritual poem, Obsidian Eagle is proud to announce the publication of the first Tantra ever to be released with English as its native language.

Ontario, Canada -- (SBWIRE) -- 01/30/2013 -- While heavily influenced by celebrated traditional Hindu scriptures, ‘The Soma Tantra: A Cosmic Tragedy’ boasts a highly-original and thought-provoking tale about a future war against the moon. As the first Tantra to have been natively written in English, its poetic narrative is set to resonate with readers around the world.

When the moon god Soma Chandra defies his brethren by kidnapping their guru's new wife, the gears of war are set in motion. An age-old conflict between demonic Ashuras and godly Devatas is rekindled amid Antarloka's heavenly sphere.

Meanwhile, Shiva and his consort Kali plot destruction then dispatch agents into the fray. Mortal races square off against immortals as the balance of power shifts but through it all, it is a single human girl who can trump either side...

Steeped in Hindu Myth mixed with elements of Greek Tragedy, The Soma Tantra puts a fresh spin on fantasy while serving up a sumptuous dose of adventure!

As the author explains, ‘The Soma Tantra’ interweaves a myriad of genres and pays homage to the beauty of the English language.

“As a piece of literature it has few if any parallels since it sprawls across many genre boundaries including Fantasy, Sci-Fi, Mythology, Epic Poem and Spiritual Text,” says Obsidian Eagle, who has garnered a growing and dedicated online audience.

Continuing, “I have gone to great lengths to write in a manner that pays homage to the English language itself with colorful turns of phrase. Yet despite an overtly serious tone, The Soma Tantra is also filled with a light-hearted campiness running throughout its pages.”

Praised by critics for striking the perfect balance between originality and mythological accuracy, the book is also a tribute to the importance of divinity.

“I am a long time practitioner of Shaiva Tantra who wrote this book as worship and tribute to Shiva-Shakti. I felt this was important and hope readers will join with me as we celebrate together,” adds Obsidian Eagle.

With demand for the book expected to increase, interested readers are urged to purchase their copy as soon as possible.

‘The Soma Tantra: A Cosmic Tragedy’, published by CreateSpace, is available from Amazon: http://amzn.to/V9q8Ux

About Obsidian Eagle
Obsidian Eagle is the pen-name used to maintain anonymity by a META-Poet who has been very active online through social media since 2010.

Among many things, Obsidian is a longtime practitioner of Shaiva Tantra and has written this book as tribute to Shiva-Shakti. 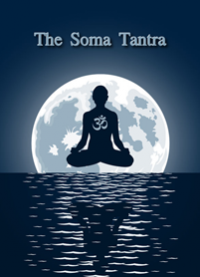