Houston, TX -- (SBWIRE) -- 03/21/2016 -- On April 30, Iyanni Pradia, a 12-year old actress, will lead a Million Kid March aimed at uniting the voices of one million kids through staged marches in cities across the nation. The event, which was inspired by the historic March on Washington led by civil rights leader Dr. Martin Luther King, Jr., will start at Roux 38 on Ennis Street in Houston at 4:00 p.m.

Pradia has launched a GoFundMe campaign to secure the support of sponsors and partners to help increase the reach of the initiative. Additionally, the young activist has established a hotline for victims of bullying to call (866-930-1444) and report acts of unwanted, aggressive behavior in schools, online and in other settings where school-aged children may be vulnerable to aggression, threats or attacks. Her ultimate goal is to help lobby for a bullying hotline that will be available to schools across the U.S., and effective legislation against bullying in all 50 states.

"I have so much sympathy for people that are bullied because I experienced it first hand," said Pradia. "I really want to get to the core of why bully's bully. I'm lending my support and doing what I can to seek answers and bring about solutions."

Supporters can join the Million Kid March movement by hosting a march in their city, participating in a virtual march by posting the initiative's logo on their Facebook page, or by contacting coordinators to make a contribution at millionkidsmarch@gmail.com.

Often in the spotlight, Pradia has been featured in national print ads, magazines and films and even hosted her own radio show. In 2014, she became one of the youngest media members to ever be credentialed by HARPO media when she was invited to cover Oprah Winfrey's "The Life You Want Weekend." That same year, she launched her own fashion line, further adding to her lengthening resume of creative endeavors.

Throughout her career, Pradia has used her platform as an actress, artist and entertainer to champion youth. She's previously hosted an anti-bullying winter lights fashion show and participated in mentoring events and toy drives.

About Iyanni Pradia
Iyanni Pradia is represented by ThinkZILLA PR & Consulting Group. She is available for bookings, speaking engagements, movie roles and stage plays, as well as op-eds and other media opportunities. For more information and bookings contact press@itsthinkzilla.com or call 888-509-1145 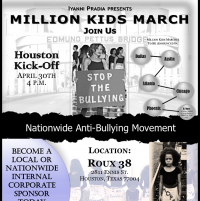 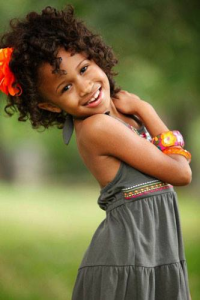