Donations for Mission range from a minimum of $5 to $10,000 or more. Donation levels have corresponding reward packages including but not limited to Mission merchandise or collectibles (including original Lucha Libre action figures and luchador masks), digital copies of the film, and a chance for the donor to have a behind-the-scene photo on the set. Supporters or fans who prefer non-monetary support can use Indiegogo’s social media share tool.

Associate producer, co-producer, and executive producer credits are also available for donation levels starting at $2,500. With a minimum donation of $10,000, corporate sponsors will be featured on the Mission website, promoted on the film’s social media accounts, and have their brands integrated into the film.

Mission is about alien invasion of planet Earth and Mil Mascaras is the hero who will save the human race. Mil Mascaras, known globally for popularizing Lucha Libre (Mexican style professional wrestling), will play the lead role as himself. He has starred in more than 20 films. To be shot in Puerto Rico (tentative location), the film will feature a wide range of creatures and features including aliens, spaceships, robots, werewolves, and even spiders. Unlike Hollywood-style sci-fi films, Mission will be shot in natural settings, using well-designed costumes and makeup, touchable props, and minimal computer graphics.

Crowdfunding has become a popular source of financial support for indie filmmakers. Landrus said it offers fans or supporters an opportunity to engage in the filmmaking process. For Mil Mascaras fans, the campaign empowers them to bring their fave luchador back to the wide screen. Lucha Libre is tapping this source for the first time.

Visit the Mission Indiegogo page for more info on the film and the menu of perks available. 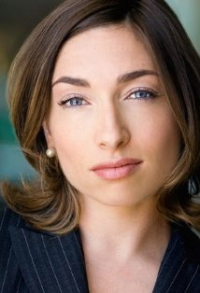