Smart Crowdfunding is slated to carry out strategic marketing initiatives for the 2T Power Sleeve created by Floyd McKinley. The sleeve uses a ResistFleX tech system to improve an athlete’s precision on the basketball court.

Milwaukee, WI -- (SBWIRE) -- 09/18/2013 -- With a goal of $25,000 Floyd McKinley, creator of the 2T Power Sleeve has launched a crowdfunding campaign on Indiegogo to help bring his product to basketball courts worldwide. Designed for athletes in training the innovative product will no doubt revolutionize the way athletes approach their game. Made of nylon/spandex the power sleeve hugs the arm like a second layer of skin and then uses a resistance workout McKinley calls ResistFleX. He recently said of the product’s mechanics, “Grabbing hold of the athlete’s index and middle finger, which are the last two fingers to touch the ball upon release, the 2T Power Sleeve creates a resistance workout that we call ResistFleX. The ResistFleX tech system is formed with elastic bands which are pulled then triple stitched into a natural form. Surgical grade silicon is then machine formed to add proper air flow and gives the design great texture.”

Offering a maximized workout with the ability to train at the same time the product enforces muscle memory with every practice shot. This allows for a quicker release on jump shots, stronger faster passes and better ball handling control. Range and accuracy on jump shots and the expediting of passes and dribbling are highly affected as well. Impressive to say the least the sleeve uses the exact muscles necessary to perform each task so the athlete’s precision increases.

The product was born in a private gym in Las Vegas two days before the 2009 All-Star game when McKinley watched his close friend Devin Harris, then making his first All-Star appearance, work with a well known professional shooting coach by the name of Ivory Manning. Listening to the two men sharpen Harris’ jump shot McKinley was impressed with how much knowledge Manning had regarding basketball. “I remember thinking, ‘What if an athlete got a hold of that science and incorporated it in their workouts? What a competitive edge they would have over their opponents.’ That's when the wheels started turning.” said McKinley.

Soon after McKinley spent months in research and development as he sat in on training sessions with professional basketball players at Attack Gym in Chicago. Taking the knowledge he got from watching athletes in the weight room and practicing with them in the gym McKinley noticed their strength. “I noticed the athlete’s strength and how on the basketball court these guys could take one step in from the half court line and shoot a jump shot effortlessly. In order for me to perform the same task it required me to launch the ball using extra unnecessary muscles which threw my accuracy off.” added McKinley. To make his new found knowledge applicable the 2T Power Sleeve creator started “breaking down the arm” to find out what muscles professional players used to build up their shooting arm tremendously through repetition. With this information he duplicated the techniques to give consumers the first custom workout for an exact way to shoot the ball with precision.

All crowdfunding support will go toward the manufacturing of the product which will then ship to consumers in late December. Future production for the 2T Power Sleeve will include football and baseball versions. These power sleeves will allow for more velocity, distance and speed on any ball.

Floyd McKinley, Founder of 2T Power Sleeve started his professional career at Jennifer’s Talent in Wisconsin and Aria in Chicago. He has worked with Champs, the NBA and East Bay to help market their sports gear. 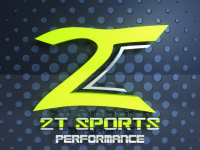