5 Cryptocurrencies with No Transaction Fees.

Los Angeles, CA -- (SBWIRE) -- 05/23/2019 -- Cryptocurrency is an electronic asset designed to work as an exchange medium that uses strong cryptography to secure financial transactions, control the creation of additional units, and verify the transfer of value. Cryptocurrencies use decentralized peer-to-peer nodes as opposed to central banking systems. The decentralization of each cryptocurrency works through distributed ledger technology, typically a blockchain, that serves as a public financial transaction database. Bitcoin, first released as open-source code in 2009, is generally considered the first decentralized cryptocurrency.

Most cryptocurrencies have also added an additional payment layer to further compensate their miner's efforts for solving the high-level math equations that assure no double-spending occurs. This additional fee is paid by the user sending payment, known as a transaction fee. Inefficient hashing algorithms, resulting in very high difficulty, consume more computer resources to confirm every transaction. Networks with higher mining difficulty require more specialized computing power to solve the high-level math equations; confirm a transaction. The higher the mining difficulty, the more likely a transaction fee will be required for the network to survive.

EOS launched in 2017 and confirms transactions extremely fast. EOS confirms more than 1 transaction every second. EOS total market capitalization is currently $6 Billion USD (#5 ranking at Coinmarketcap). EOS is not mineable. Instead, EOS employs 21 centralized miners that confirm all network transactions. Not exactly decentralized. And all EOS users must buy RAM, which is like "gas" on the Ethereum network. Almost like pre-paid transaction fees instead of truly free. More info https://eos.io/

IOTA launched in 2017 and confirms transactions every 1-2 minutes. IOTA has no transaction fees and a market capitalization of $1.15 Billion USD (#15 ranking at Coinmarketcap). IOTA is not mineable, very similar to EOS, with centralized "Coordinators" that confirm transactions. Instead of paying a miner or node to confirm your transaction, your device must confirm two previous IOTA transactions before your own IOTA transaction is validated, for free. More info https://www.iota.org/

NEO launched in 2017 and confirms transactions every 15-25 seconds. NEO has a total market capitalization of $760 Million USD (#19 ranking at Coinmarketcap). NEO has partially done away with fees by dividing its tokens into two varieties: NEO and GAS. The NEO token is indivisible and is not intended to be used for payments; it is more like a "share" in the NEO platform than it is a cryptocurrency. Meanwhile, the GAS token is required to execute smart contracts on the NEO blockchain. Every execution costs 10 GAS. More info https://neo.org/

NANO launched in 2015 and confirms transactions every few seconds. NANO has a total market capitalization of $227 Million USD (#40 ranking at Coinmarketcap). NANO cannot be mined and has reached its maximum supply. Because the protocol is incredibly lightweight and running a node costs next to nothing, NANO transactions are processed with no fees. More info https://nano.org/en

NYC launched in 2014 and confirms transactions every 30 seconds. NYC, which is the ticker for NewYorkCoin, has a total market capitalization of $2 Million USD (#740 ranking at Coinmarketcap). NYC is a scrypt coin which is easily mineable with a very low difficulty of 14,000. As a point of reference, Litecoin has a current mining difficulty of 10,000,000 and Dogecoin has a difficulty of 5,000,000. The NYC network is free. More info https://newyorkcoin.net/

The ultimate winners in the ongoing alt-coin wars will be fast, free and easily scalable. Why wait an hour or two for your funds when they can be available to you within minutes? And why pay a $3 fee, or even 10 cents, when the exact same service can be provided for free? These 5 cryptocurrencies deserve a closer look. Especially NYC with it's minuscule market cap compared to it's competition. 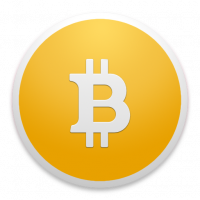