Titled, ’95 THESIS UPDATED: An Urgent Call for Christian Action against Global Warming and Wealth Concentration’, the book hands Christian churches the guilt of sin--failing to attempt to counter the evils that threaten life on earth.

At its heart, 95 THESIS UPDATED employs both sociological concepts and Biblical prescriptions to analyze the current threats; proposing a ten-step process by which church congregations can effectively fight these evils.

This is coupled with the six primary goals of the publication:

- An Institutional Ark for Human Survival

- A “Christian Deal” to replace a “New Deal”

- A Code of Christian Environmental Action

- Church Congregations to Light the Path for the World to Follow

"Humankind has the power to fight the evils threatening to end life on earth. However, for it to succeed, a catalyst is needed. Christian Church congregations are the potentially most powerful agents to guide human society into a life-affirming culture," Marden adds..

In short, the book is essential reading for anyone who cares about protecting earth's ecosystem.

95 THESIS UPDATED: An Urgent Call for Christian Action Against Global Warming and Wealth Concentration, published by Philip W. Marden, is available for purchase through mail order.

All checks and money orders are to be made payable to ‘Philip Marden’. Please contact Mr. Marden by email for his mailing address.

About Philip Wobber Marden
Philip Wobber Marden received his B. A. from Rutgers University (1955) and his M. A. (1960) and PhD (1963) from the University of Illinois, Champagin-Urbana. In 1950 he participated in a Fellowship of Reconciliation Peace Caravan, under the direction of civil rights leader, Bayard Rustin. In 1952 and 1954 he participated in work camps sponsored by the American Friends Service Committee, working with migratory farm workers in Michigan and the Hoopa Indian Tribe in California.

In 1960 he began a publication Bulletin of the Student Humanists. In 1966-1967 he was researcher for the Newark Human Rights Commission Police-Community Relations Training Program, sponsored by the Office of Law Enforcement Assistance, Department of Justice. In 1969 he organized "Project Sail", a program for youthful male offenders.

In 1978 he published Survivalist Economics: The Case for Environmental Banks. Singer Pete Seeger read the entire book at one sitting during the Blueberry Festival in Perth Amboy, N. J. in 1980, and encouraged him to continue promoting this concept. In the 1980s he was active in the Historic Hiram Market Preservation Association, a group attempting to preserve the last historic buildings in New Brunswick, N. J. In 1998 he began a five-year campaign to preserve open space in New Jersey. Franklin Township, in Somerset County, named a 74-acre park "The Phil Marden Preserve" in recognition of this effort.

His articles on the sociology of mental retardation, social gerontology, alcohol studies, and nursing were published in professional journals, and he has written chapters for his father's textbook, Minorities in American Soceity. He has taught sociology at a number of colleges and universities in the U. S. In his latest teaching position, he taught sociology as a "foreign language". 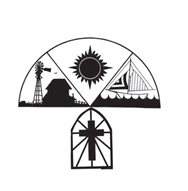