Santa Clarita, CA -- (SBWIRE) -- 04/08/2014 -- Robert Boog has written an original song titled Hallelujah Day, which is a tribute to all heroes and victims of the Boston Marathon Bombing. The song is performed by Addison Rice and a female singer Fully Forlani as a background voice. This song came after the events on July 15, 2013 of the Boston Marathon bombings.

Hallelujah Day is an original song written in the spirit of America. It pays tribute to all the heroes and victims of Boston Marathon Bombings. The words came naturally in the mind of the author, who wrote this and other 35 songs. Most people like his songs, some of which are written in rap style. He has written even a rap Christmas song that many people find interesting.

The song about Boston Marathon bombing is an attempt to connect the author and the auditory, as Robert asks his fans to write their thoughts about the event, the tragedy and the song itself. The music video Boston bombing reveals the true face of terrorism, as a common enemy and celebrates the spirit that conquers the enemy. It praises God and all the heroes that helped victims of this and other terrorist attacks. The song evokes empathy to the families, who have gone through the loss.

The Boston Marathon bombings took place on April 15, 2013 during the annual marathon race. The series of two attacks targeted the attendees and spectators of this big event. This annual event started without indications of attack. The winner crossed the finish line but about two hours later when more than 5,700 runners yet had to finish, there were two explosions on the Boylston Street that killed 3 spectaculars, while 264 people were injure. They were treated in 27 hospitals and clinics located in Boston and vicinities.

More than 14 people lost their limbs and went trough amputations. The marathon had to stop abruptly and the runners that had not finished were diverted away. Many people helped the police to take care of the sufferers, who were injured in this mass event. They have turned into unknown heroes, who forgot about their own safety and tried to do their best to safe other people’s life.

The Bob’s song is a kind of prayer of praise to God that He has prevented more tragic results and of the heroes, who rescue injured people, thus also preventing more deaths. This song is also a praise of the American spirit, which units all Americans when they face their common enemy, terrorism.

People, who would like to listen to the new song Hallelujah Day, written by Robert Boog, can enjoy it here http://youtu.be/FU3uZwSLZ3s and may write all their thoughts and ideas to the author.

About Robert Boog
Robert Boog is an author of Hallelujah Day, which is published by the International Music Publishing Company. He has written about 35 more songs, some of which are rap. Robert lives in Los Angeles, California and is a self-taught song writer after listening to a self-hypnosis tape. 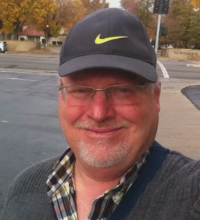