A Response to Anton Drake from Reverend Ed Hird

Hollywood, CA -- (SBWIRE) -- 05/16/2013 -- Last week I wrote a press release to promote the new book Atheist Yoga by Anton Drake. As part of that press release, which can be found here, I conducted an interview with Mr. Drake, and one of the topics of discussion was a recent article by Reverend Ed Hird that centered on the idea that the practice of yoga is something unsuitable for Christians. Anton had read that particular article, and had several comments about it; Reverend Hird subsequently contacted me and requested a chance to offer a rebuttal, feeling that some of what he had said had been misconstrued.

Having read Anton Drake’s new book ‘Atheist Yoga’, I am fascinated by the extent to which so many atheists are focused on a God that they ostensibly don’t even believe in; many of them seem to think more about God than most Christians do, and I can’t help thinking that it’s almost as if they are obsessed with this allegedly non-existent God. When I think of God, I see the face of Jesus. Anton is correct when he said “if someone is an atheist, they lack a belief in God.” This is undebatable. Many people don’t realize that Buddha, as a reformed Hindu, was an atheist who continued to do Hindu yoga; one of the most famous pictures of the Buddha shows him in the yogic lotus position. Buddhist usually call their yoga ‘meditation’, but a rose by any other name is still a rose. Buddhism was founded as an atheistic religion. In this sense Anton Drake is clearly right—there is no incompatibility between Anton being an athhereeist and doing yoga. Anton, like his fellow atheist Buddha, is clearly involved in a spiritual/religious practice.

In an interview released May 9th 2013, Mr. Drake made some comments about my article “Culture Wars: Yoga, More than Meets the Eye” that clearly demonstrate the extent to which he has completely misunderstood the meaning and intent of the article. In the interview, Anton stated that “although I am what you might call a dogmatic atheist, I find the reverend Hird’s ideas on this matter to be quite prejudicial, and even somewhat racial and xenophobic” While I enjoyed reading the interview, I find it unfortunate that Anton will dismiss someone as racist and xenophobic simply because they have reservations about syncretistically mixing two different religions. My hero E. Stanley Jones, who lived for 50 years as a Methodist missionary in India and wrote a book about Gandhi called ‘Portrait of a Friend,’ actually started the United Christian Ashram movement, of which I have served on the international board. My main point here is that I have always had great respect for the East Indian people, just as my friend Stanley Jones did.

In the same interview, which was titled “Ed Hird, Encinitas, and the Fear of Yoga, An Interview with Anton Drake Part 2,” Anton mentioned that “Many of the Hindu friends I’ve had through the years have actually kept a picture or a statue of Jesus on their altar or puja, right next to the other pictures of gurus and deities they revered. That always impressed me.” It is a good thing to show respect to other religious traditions; however, because Hinduism allegedly has 330 million gods, adding Jesus to the Hindu pantheon does not really respect the integrity of the Judeo-Christian heritage. To serve two masters, as Jesus cautioned against, is not showing true respect for other religious traditions. I do not question the prerogative of new-agers, atheists, or Hindus to practise yoga. I am asking for some transparency about what yoga really is about, particularly when they package it for Christians. Yoga is the very heart of Hinduism. Nine out of ten Hindus agree that yoga is Hinduism. Without yoga, there is no Hinduism. Without Hinduism, there is no yoga. Many Hindu gurus claim with no evidence that Jesus went to India and became a yoga teacher. They also hold that Jesus as a yogi was teaching reincarnation because he wanted us to be born again. Once again, this does not show respect or understanding for other important religious faiths.

Mr. Drake also seemed particularly offended by my comment that yoga ‘kills the mind’. This is merely quoting key yogis who see that as one of the key benefits of yoga. Christian meditation is about focusing on God’s Word thoughtfully rather than the elimination of thought. Sensory deprivation and sensory overload, both key aspects of advanced yoga, are proven techniques for the ‘killing of the mind’. Yoga does not require belief to alter the mind. It just requires intensive yogic practice. It is the technique that produces the effect. Yoga asanas appear to the uninitiated as if they are just stretching exercises. The more fully initiated realize that asanas are worship postures to Hindu deities. The Warrior asana, for example, is identified with the worship of Lord Virabhadra who has a thousand arms, three burning eyes, and a garland of skulls. The Cobra asana is about identification with and worship of the Kundalini snake, yogically awakened in the chakras. The yoga insiders all know the real scoop. They also know that North Americans are not quite ready yet for the full truth about the religious identity of yoga.

Further into the interview, Anton stated that “Although his [Rev. Hird’s ] article is fairly well written and seems to make some good points on the surface, if one looks a bit closer it reveals itself as absurdly, almost comically xenophobic; simply consider how easy it would be to apply the same arguments he uses to sushi, origami, or Asian forms of dance.” Among other things, I am particularly curious about Anton’s teaser comment “Good points on the surface.” I am hoping that in the future, Anton could perhaps elaborate on this. As for the xenophobic comment, this was clearly not one of Anton’s strongest arguments. To suggest that people who have reservations about yoga must also be against sushi, chai tea, and curry is comical. Anton, who has never met me, keeps saying that I am xenophobic simply because I dare to question yoga. I find Mr. Drake’s comments along this line to be unfortunate and even intolerant. I ask, is there still room within our Western democratic cultures to raise questions without being stereotyped or villified?

Anton Drake then goes on to say that schoolchildren should obviously be taught yoga: “Schoolchildren should obviously be allowed to learn yoga; restricting western children from learning yoga on the basis of religion is barbaric, and not just from an atheistic point of view.” The terms ‘should’ and ‘allowed’ go in two different directions. Public schools do not ‘allow’ religious practices, whether Hindu, Christian, Muslim, or New Age, to be mandated for the children. If yoga is in fact inherently religious, this would be violating the Encinita School Board’s own legal parameters. Is it really respectful to mandate yogic Hinduism for children attending the Public School system? What if this violates the faith perspective of the children’s parents? Should they be dismissed as barbaric, to us Mr. Drake’s words? At the core of democracy is the freedom of religion, and the freedom to question. No one will win if yoga ever becomes so culturally entrenched that our schools begin imposing it as part of their everyday curriculum, and thereby elevate it to the status of an unquestioned academic truth or authority.

Drake also says, and I quote, that “He [Rev. Hird] of course takes it completely for granted that any spiritual tradition outside of Christianity or western culture is intrinsically evil and antithetical to every form of goodness.” However, where he is wrong is that I am in no way a defender of Western culture as somehow superior to Eastern culture. I find much wisdom and value in all cultures, and in all religions. We need to be respectful to other religious traditions, especially when we do not understand them. I simply ask that Christians be not asked to compromise their religious identity in the midst of a well-packaged yoga marketing strategy. Yoga is a ten-billion dollar industry these days in North America, and we simply cannot overlook our core cultural principles in rushing to spread the indoctrination of yoga into our schools. While Anton Drake “the atheist” spoke a lot about demons and evil, you will notice that I did not, and this was not at all the focus of my article. I simply wish to affirm the Lordship of Jesus Christ in one’s life. And my contention is that if Jesus is my Lord, then yoga is not. I can live without yoga, while still respecting the right of others who wish to practice it.

I am scheduled to do another interview with Anton soon, and I will be sure to bring this topic up to him again and ask him some additional questions as well. 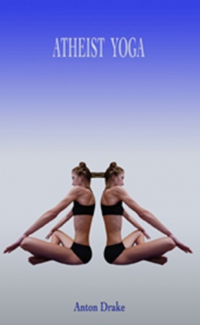