Abandonment Issues Haven't Kept Roymackonkey from Aussie Success and Beyond

Armed with their debut album, Abandonment Issues, Roymackonkey exude their own fresh breed of rock through award-winning tracks and a featured track on WiFi PR Group’s compilation, Indie Anthems Vol. 5.

Las Vegas, NV -- (SBWIRE) -- 07/21/2014 -- As a microphone for the lonely and brokenhearted, Roymackonkey, out of Darwin, Northern Territory, Australia, have produced a rock sound that is fierce at its core but has a soft edge that is more soulful than your typical Aussie power rockers. With flourishes of artists like Soundgarden, Tool, Faith No More and Powderfinger, Roymackonkey deliver a sizzling breed of rock ‘n’ roll that is as much of a powerhouse as it is a heartfelt passion project for its members.

To craft this internationally esteemed sound, Roymackonkey’s members found themselves inspired by many other rock greats of the past, from Ozzy Osborne, Pantera, Megadeth and Faith No More to Tool, Soundgarden, Rage Against the Machine and Fugazi, to name a few. With this wide range of musical influences come the lyrical inspirations brought about by a stricken heart lamenting a failed relationship as well as the compelling insight into the perspectives of the lonely and brokenhearted. Wielding both these sounds and these emotions, Roymackonkey emerged with a sound that rebels against the oft stale traditions of rock ‘n’ roll.

Before dropping their latest recording, the group released their debut EP, Cassandra Never Lies (2008) and the single “Sleep Tonight” (2011). That single and their track, “Great Divide,” went on to become two award-winning songs on their full-length debut, Abandonment Issues. “Great Divide” won first place in the 2013 Australian Songwriters Association Awards for best rock/indie category, and “Sleep Tonight,” won best rock song for the NT Song of the Year Awards in 2012 in both the best rock song category and People’s Choice. In addition, the band won the Northern Territory leg of the Jim Beam competition in 2004 and came in fourth place in the national finals held in Melbourne, Victoria, Australia.

To hear where the praise comes from, fans can find Abandonment Issues on Roymackonkey’s Bandcamp page.

Roymackonkey also recently enjoyed having their award-winning track, “Great Divide,” featured on WiFi PR Group’s compilation, Indie Anthems Vol. 5, a collection of international independent talent that WiFi PR wants to put on the radars of music lovers and industry tastemakers the world over. Released at Coachella, this digital mixtape was handed out 3,500 download cards to festival attendees, and 1,500 more download copies are now available on the Indie Anthems Bandcamp website for a limited time.

To catch Roymackonkey live, fans can check out some of their upcoming performances, including the After the Rain’s EP Launch at Darwin Railways Sports & Social Club on July 27th. They are also planning a tour to promote their debut album that would take them along the East Coast of Australia in November from Brisbane down to Sydney and across to Melbourne, stopping at smaller towns along the way as well as some regional shows in between.

Digital copies of Roymackonkey’s music are available on Bandcamp, iTunes, Tunecore and the band’s website, and fans can purchase physical copies from Pure Pop Records in Melbourne. Their music can also be streamed on Spotify.

Fans can watch videos of Roymackonkey on their YouTube channel, including a live performance of their Indie Anthems featured track, “Great Divide,” an official video for their award-winning track, “Sleep Tonight,” and an acoustic performance on Balcony BTV Toronto of their track “Random Hearts.” 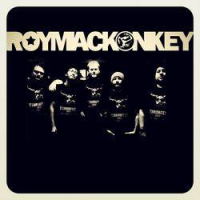