London, UK -- (SBWIRE) -- 01/09/2012 -- Social Anxiety, general anxiety, addictions, fear of public speaking, panic attacks and weight loss issues affect tens of thousands of people throughout the United Kingdom. While sufferers waste millions of Pounds a year on medication, psychologists and counseling, a far more effective approach exists that can rid people of their afflictions once and for all - mostly in as little as one 2hr session.

That solution is hypnotherapy, and it has been so effective that Adam Cumberland’s London Clinic has been growing a reputation for phenomenal results in a fraction of the time it takes with other forms of treatment.

Adam and his team attest that standard therapy fails because it doesn’t go deep enough to reach the real root of the problem. Issues such as anxiety, fear of public speaking, depression, panic attacks and struggles with weight loss are seated deep in the subconscious, and delving into the conscious mind simply isn’t enough to make a lasting change.

Adam became a professional in the field of hypnotherapy because of his own thirst to learn more about the mind. He couldn’t understand why some people find so much success in life whilst others fail. He spent his early years devouring neuro linguistic programming (NLP), body language, thought field therapy (TFT), hypnotherapy, life coaching, and structure of language and ended up with a system that eradicates his patient’s issues permanently.

For Adam, the solution to psychological problems is much easier than most people believe. Social anxiety, for example, is simply a misinterpretation of its base emotion. Excitement and fear are felt by the body to be the exact same stimulant, but it’s a person’s interpretation of that sensation that dictates how he/she will respond to it. Some people are fearful of jumping out of a plane where others are excited by it. A simple shift in this perception can uproot it once and for all, and Adam specializes in recalibrating those interpretations immediately.

Adam is so confident in his work that he offers his clients a lifetime guarantee. They can come back for follow up treatments should they need them, but most people only need to see him once. In fact, 96% of his patients only need one 2hr session.

Dr. Zeki, a respected physician in his own right, comments: "Adam's Cumberland's combination of techniques used at his London Hypnotherapy clinic are truly revolutionary - Couple that with his warmth and integrity to his clients and genuine ability to make breakthroughs in often just minutes, I feel that Adam is leading the way as one of the most successful hypnotherapist in the world."

To learn more about Adam Cumberland, or to set up a free consultation at his hypnotherapy London location, please visit http://www.anxiety-disorder-cure.com or call 020 7586 9350.

About Adam Cumberland’s London Clinic
With an insatiable appetite for the intricacies of human behavior Adam Cumberland set out at a very early age to master many subjects including neuro linguistic programming (NLP), body language, thought field therapy (TFT), life coaching, structure of language and various other teachings. Today he heads Adam Cumberland’s London Clinic, a hypnotherapy clinic that addresses phobias, depression, panic attacks, anxiety, and weight loss issues. He is a senior practitioner of the General Hypnotherapy Register and he often works with other well-known hypnotherapists throughout the world. 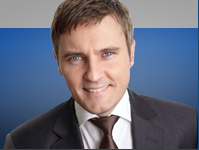