Toronto, Ontario -- (SBWIRE) -- 10/23/2012 -- In 2009, according to Human Resources and Skills Development Canada, physical assault was the most common form of violence against persons with sexual assault coming in second. This includes all assaults against persons 15 years of age and older. The statistics do not show though how many of those assaults were successfully prosecuted and how many were dismissed due to a lack of evidence or for any other reason. Assault charges don't necessarily result in a conviction, Adam Goodman, barrister and solicitor, explains.

"You are innocent until proven guilty," Mr. Goodman points out. "Hundreds of variables go into the defence of a case of this type, even those cases which are aggravated. With the right representation, the defendant may find the case is dismissed. Factual innocence is one defence that can be used with self defence and De minimus being others. The average layperson isn't familiar with these options which is why good legal representation is essential. With the right defence, the case may be dropped or the sentence reduced or eliminated."

The definition of assault in Canada is very broad as are the grounds for assault charges. Any time one individual applies force to another, an assault has been committed. An assault simpliciter is one in which force is applied directly or indirectly to another person without his or her consent. Assault with a weapon and assault causing bodily harm are those in which a person, in the act of committing an assault, uses, carries or threatens the use of a weapon or imitation of a weapon. When bodily harm is caused to the complainant, it falls under this category also. Aggravated assault is the most serious form of non-sexual assault. Any time the life of the complainant is wounded, maimed, disfigured or endangered, the assault falls into this category.

A sexual assault is an assault in which the assault is committed in such a way that the victim's sexual integrity is violated. The courts makes use of an objective test in assault cases to determine if the assault was sexual. For the most part, any time the assault involves the private parts of another person, the assault is considered to be of a sexual nature.

An assault at Olympic Stadium may have taken place during the 2010 Winter Games. A spectator threw a bottle behind racer Usain Bolt. Although it did not disrupt Mr. Bolt's race, it could fall under this category. The same is true of the incident in which a Blue Jays fan, during a game, threw a beer at an umpire after he ejected a player. This could be considered a case of assault. "As one can see, assault charges may be filed in a variety of situations. Anyone charged with assault should ensure they have adequate representation. When this is the case, the charges may be reduced or dropped completely," Mr. Goodman explains. "Why take unnecessary chances when help is no more than a phone call away?"

About Adam Goodman-Criminal Lawyer
Adam Goodman dreamed of becoming a lawyer when he was a child. After studying commerce at Queen's University in Kingston, he entered Osgoode Hall Law School at York University and completed his degree in 2007. During his time in school, he took a wide variety of law classes. Mr. Goodman started his career articling for a criminal attorney before opening his own criminal law practice. His goal is open and honest communication with clients at all stages of the legal process. 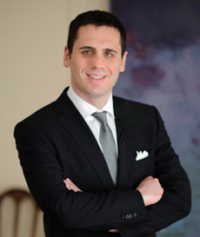