Ontario, CA -- (SBWIRE) -- 10/27/2017 -- Adenna LLC, a protective equipment distributor based in Southern California, recently announced it will continue its charitable Green Our Earth Comfort Our Friends initiative. Adenna stated that this initiative is a partnership with both American Forests and Feeding America, and is intended to feed the hungry, while also improving the environment. Adenna announced that, for every order the company processes and ships – big or small – it plants a tree and serve 10 meals to people in need.

Adenna also provided some information about its other partner in its Green Our Earth Comfort Our Friends campaign, Feeding America. Adenna announced that Feeding America is the nation's largest domestic hunger-relief charity. Adenna went on to state that Feeding America has a network of over 200 foodbanks across the country, and that its continued partnership with Feeding America will provide thousands of nutritious meals to individuals and families who are in need. Adenna stated that, contrary to the popular misconception, hunger is not relegated to small pockets of American society.  Adenna stated that millions of Americans struggle with hunger, and its partnership with Feeding America will help alleviate that problem. The company can be followed at http://www.brownbook.net/business/42933794/adenna-llc

Adenna concluded its announcement by providing some company information.  Adenna stated that it has been marketing and distributing a variety of hand protection and healthcare products since 1997. The company went on to state that it distributes its products around the world. More company information can be found at https://plus.google.com/u/0/115315940123490965981 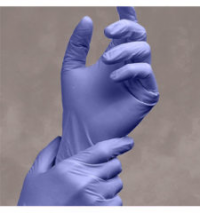