Las Vegas, NV -- (SBWIRE) -- 01/31/2013 -- Professional, outspoken, personable, relatable, playful and beautiful… These are among the traits that have made Gady Medrano among the top realtors in the Las Vegas metropolis, as well as a highly beloved presence on A&E’s hit TV show “Flipping Vegas.”

Gady makes a welcome return in Season Two, featured in the episode “Class Action House,” which premieres Saturday, February 2, 2013. The weekly series follows house-flipper Scott Yancey, who takes on residential properties that appear beyond repair. With his wife, interior designer Amie, the couple reimagines homes and preps them for sale—that’s where Medrano steps in. As a featured real estate professional, she assists the team in finding and delivering the homes—at a profit—to thrilled new owners.

Medrano is perhaps best known for her hilarious escapade in the Season One finale of “Flipping Vegas,” where she tears out of the “Mouse House” and declares, “There’s a freakin’ mouse in the house!” In addition, she appeared in debut season episodes “Twins House” and “Dream House.” Full episodes of Season One can be seen on A&E’s website.

But in as much as Gady Medrano has become a realty-reality celebrity, she is first a veteran of the Las Vegas residential and commercial marketplace, with more than a decade’s experience. Originally from California’s Bay Area, she is, in fact, a second-generation real estate investor who flipped her first home at age 19.

Today, Medrano is licensed in Nevada and California, with a focus on luxury and investment properties, foreclosures, short sales, flip properties, new homes, small business sales and REOs. In addition, via her website ( www.gadymedrano.com ), she is available for speaking engagements and personal realtor training.

Later this year Medrano will be releasing her first real estate book. It is an “ultimate guide to real estate”. The book will include real life success stories and cautionary tales. It is designed for both the first time home buyer and the seasoned real estate investor. 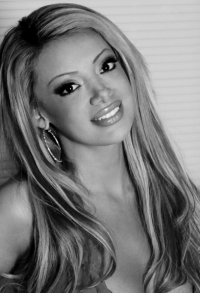