Afternoon Moon Takes Back the Night with New Album, Dance in the Rain

Las Vegas, NV -- (SBWIRE) -- 02/21/2014 -- As purveyors of psychedelic soul, Afternoon Moon out of Ottawa, IL, have learned to hone their unique blend of jam, rock and soul into music that captivates listeners and wows live audiences. Following up their 2011 self-titled recording debut, Afternoon Moon are preparing to release their latest effort, Dance in the Rain, in March 2014.

Afternoon Moon is comprised of twin brothers Josh Daniels (guitar, vocals) and Jordan Daniels (keys, vocals), Justin Crabb (percussion) and Louis Giacobbe (bass). The Daniels brothers grew up surrounded by great music, and they began playing together at a young age before hitting the Illinois scene in 2004. In 2009, they started their own project with Crabb, and in 2011, Giacobbe joined to round out the quartet.

Afternoon Moon’s sound often fits in with that of a jam band, though without long solos that can be drawn out and spacey over time. They strive for a sound that is a touch above the music they hear and are compared to and work in unique takes on rhythm and melody to earn their fans’ adoration. They are most often compared to My Morning Jacket, Wilco, Pink Floyd and Tea Leaf Green. They draw musical inspiration from Pink Floyd and Wilco as well as The Beatles, Miles Davis, Radiohead, Warren Haynes and everything Motown, along with influences from their family and friends.

As for songwriting, Afternoon Moon names love and life experiences as two chief inspirations, but unsurprisingly they also draw inspiration from light, the sun and the moon phases, which are engraved in the very name of their band. They also enjoy relating nature to everyday life in their music and exploring these earthly influences through both lyric and song.

These influences can be heard in their 2011 debut, Afternoon Moon, which was a major step forward for the foursome as they pooled their talents and channeled their deepest musical desires to create an energetic sound and an equally kinetic live performance to go along with it. They’ve successfully taken the album on the road all over the country, and they also used their tours to test out the songs that would eventually make up their second and upcoming recording, Dance in the Rain.

Dance in the Rain sees Afternoon Moon at a still more mature and refined stage in their musical careers, having grown comfortable enough with each other and their sound that they can delve deeper into the roots of music and come up with innovative hooks and thought-provoking lines that will attract still more listeners to their loyal coterie of fans. The album is set to be released in March 2014.

Afternoon Moon will be contributing their track “Can’t Sleep a Wink” to WiFi PR Group’s compilation Indie Anthems Vol. 5, a collection of tunes featuring talent from across the globe. This digital mixtape will be released as a limited supply of free digital download cards handed out at Coachella in April 2014.

You can catch Afternoon Moon live at Zeller Inn in Ottawa, IL, on Jan. 17th and at Mackey’s Hideout in McHenry, IL, on Jan. 18th, but keep an eye out for more appearances on the Shows tab of their website. If you’d like a taste of their alluring live sound, check out recordings from The Abbey Pub (11/03/12) and The Grateful Garcia Gathering (08/02/12) on their bandcamp page as well as videos of “Paint the Town” and “Ship Captain Crew” performed live. You can also check out reviews of their live performances from Jambands.com, The Barn Presents and The Grateful Web.

If you’re looking to purchase or download music from Afternoon Moon, their music is available on their website, iTunes, Amazon, CD Baby, Spotify, Rhapsody, Bandcamp and a few other online retailers. 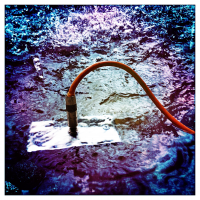