An airship is a power-driven aircraft which is lighter-than-air aircraft and navigated using the air under its own power engine. The airships market is mainly driven by the low operational cost and high competitive advantages of airship systems.

Deerfield Beach, FL -- (SBWIRE) -- 02/23/2016 -- An airship is a power-driven aircraft which is lighter-than-air aircraft and navigated using the air under its own power engine. The first successfully navigated airship was invented in 1884 in France. Key raw materials used in the manufacturing of airships include, Dacron, Polyester, Mylar, and Tedlar bonded with Hytrel. The envelope of an airship form a single gas bag and helium is most commonly used gas inside envelops. Airships are extensively used for surveillance & reconnaissance, intelligence, communication, border patrolling, law enforcement, weather forecasting, and coast guarding.

The Airships Market is mainly driven by the low operational cost and high competitive advantages of airship systems. Rising need for persistent intelligence, surveillance & reconnaissance in which airships are widely used, helps to drive this market. In addition, growing demand of airships for rapid communication and climatic research is expected boost the demand of the airship market. However, operational risk and availability of alternatives such as aerostat systems are expected to hamper growth of airships industry.

The global airships market is segmented on the basis of method of construction, by class, payload, application and region. Based on different methods of construction of airships, market is segmented as rigid, semi-rigid and non-rigid airships. Small, medium and large class airships are the class segment of airships market. The airships market can also be categorized on the basis of different payload, such as electro-optics, communication intelligence, thermal imaging camera, electronic intelligence, surveillance radar and an inertial navigation system.

Get Sample Report at http://www.syndicatemarketresearch.com/request-for-sample.html?flag=S&repid=52726
The report provides a comprehensive view on the airship market we have included a detailed company market share analysis, product portfolio of the major industry participants. To understand the competitive landscape in the market, an analysis of Porter's Five Forces model for the airship market has also been included. The study encompasses a market attractiveness analysis, wherein application segments are benchmarked based on their market size, growth rate and general attractiveness.

Application segments have been analyzed based on historic, present, and future trends, and the market has been estimated from 2015 to 2020 in terms of revenue (USD Million). Military, homeland security, commercial and environmental research are the application segments of airship market.

Major regional segments analyzed in this study include North America, Europe, Asia Pacific, Latin America, and Middle East & Africa. This report also provides further bifurcation of region on the country level. Major countries analyzed in this reports are U.S., Germany, France, UK, China, Japan, India, and Brazil. Geographically, North America is expected to lead the market during the forecast period due to large demand from military and homeland security applications. 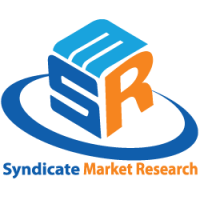