Staten Island, NY -- (SBWIRE) -- 02/11/2014 -- Al Ndreu is the loving father of three children and he has been married for 15 years. He has been wanting to do this project for a long time and so he is asking the Indiegogo community, to fund to the Bald Brothers and Bald Sisters project. If the Bald Brothers and Bald Sisters  project meets its goal and continues to be successful, donations will be made to wounded soldiers fighting for the country.

Al got inspired to make the Bald Brothers and Bald Sisters cartoons when he heard her eldest daughter cry while spending some time with her. He looked back and saw that she was in pain as she had hurt her hand. Nothing Al did seemed to cheer her up until he got the idea of drawing faces on her fingers. She started giggling immediately and that's when the idea came to Al.

Al did a 44 second commercial / motion picture just so he can bring these characters to life. As a small Company, he is starting from the bottom  by doing merchandise first. He created a few car air fresheners and they came up beautifully, so this time Al wants to hit the beach with this gorgeous product... Flip flops, and lovely cartoons for all ages. This cartoon is made for males and females alike.

The faces on the Bald Brothers characters show a variety of emotions. Al wanted to give them unique character traits by having them show different facial features. From the big brother to the little one, and from the smart brother, to the slow one, each character has an original personality. Bald Sisters have faces that show more beauty and elegance. 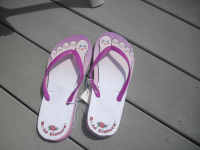 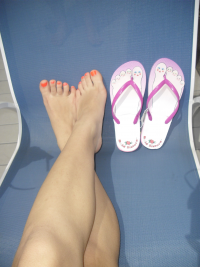 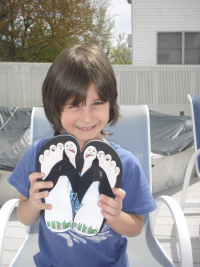