Jason Hall was marked an A-list screenwriter the moment DreamWorks and Warner Bros joined forces after Steven Spielberg agreed to direct Bradley Cooper in American Sniper, based on the life of Navy SEAL Chris Kyle. Not surprisingly, both studios want more from Hall. Warner Bros has just closed a blind script deal with him, and I've learned that DreamWorks is in early talks to have Hall adapt the upcoming David Finkel book Thank You For Your Service, about the Post Traumatic Stress Disorder syndrome that is becoming a major issue for vets returning from Iraq and Afghanistan. It's something Spielberg likes as a potential project down the line, though that is all early days.

Hall spent years perfecting a script for what would become Clint Eastwood's Oscar-nominated movie American Sniper, corresponding with Chris and his wife, Taya, and trying to capture the nuances of war and it's lingering effects when soldiers return from duty. Eventually setting the movie up at Warner Bros through Bradley Cooper's production company — who'd gain 40 pounds to play the bulky Kyle — Hall turned in a final draft after eight weeks of writing. Two days later, a friend called to tell him that Chris had been killed by a Marine who'd been suffering from PTSD.

About The American Sniper
Nominated for six Academy Awards including Best Picture, Best Actor and Best Adapted Screenplay, the movie, opened January 16, 2015 stars a nearly unrecognizable Bradley Cooper as the war hero who racked up 162 confirmed kills during four tours of duty in Iraq but had trouble re-adjusting to civilian life back in Texas.

At an advance screening of American Sniper, Hall's script and Cooper's performance had a palpable effect on Chris Kyle's wife Taya. "She walked out of the theater the first time after seeing the movie," Hall recalls. "Taya was crying and she said, 'You guys just gave me back two and a half hours of my husband.'" 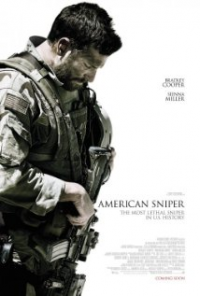 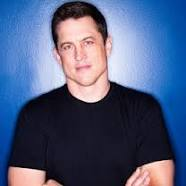