London, UK -- (SBWIRE) -- 02/24/2012 -- It’s the last thing anyone wants to happen as they pull out of the driveway in the morning, yet thousands of people every year will experience the physical, emotional and financial pain of a car accident. Whether it’s a major collision or simply a small bump, one thing is clear to those who are victims of such a misfortune: there’s no such thing as a minor car accident.

Even relatively small collisions have been demonstrated to have significant impact on the future lives of English people every day, whether it’s a loss of confidence behind the wheel, the large potential cost of repairing damage or, commonly, the physical implications of injuries such as whiplash.

The team at Your Car Accident Claim were encouraged in their endeavour after the recent government announcement of a crackdown on what a government source described as ‘bogus’ whiplash compensation claims. The end result was a publicly-funded team of specialist doctors aimed at determining the truth of those claiming whiplash as result of a motor vehicle collision. While the founders of YourCarAccident.com felt that compensation should only be awarded to those who truly deserve it, they also had a strong concern of their own; that this announcement could lead those with a genuine car accident claim to be fearful of proceeding with it due to the perceived increased level of difficulty in having those claims succeed. For that reason, they’ve created the ultimate resource to empower UK residents who have been injured in a car accident and who wish to rightfully claim their due compensation.

Whiplash sufferers and those who put their car accident claim in the ‘too hard basket’ can now breathe easy as Your Car Accident Claim takes the stress and effort out of pursuing their compensation. Amid all the sensationalised media reporting and mixed messages on the topic, YourCarAccidentClaim.co.uk stands out as a beacon of reasoned, independent information for UK residents everywhere who have already suffered enough at the hands of a car accident, let alone at the hands of those who would prevent them claiming what is rightfully theirs.

About Your Car Accident Claim
YourCarAccidentClaim.co.uk was created with the aim to make it easy for car accident victims to receive the financial compensation that is rightfully theirs. Concerned at recent negative news reporting on the topic, the team behind Your Car Accident Claim were motivated to provide independent, unbiased information on the topic which clearly demonstrates the ease of pursuing a claim for compensation for those who have been unluckily enough to experience injuries such as whiplash. For more information, visit http://www.yourcaraccidentclaim.co.uk 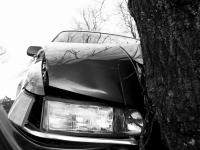