With his upcoming short series Love Spawns Creativity, Andre Drekidd Simmons is planning to show how different artists fell in love with the craft they are known for.

Los Angeles, CA -- (SBWIRE) -- 11/11/2014 -- Andre Drekidd Simmons strongly believes that a unique sense of creativity is sparked when people love something dearly. He also feels that this passion inspires people to carry on when things around them are not favorable.

Andre Drekidd Simmons’ upcoming project Love Spawns Creativity is about the creation of an animated documentary that focuses on the trials and tribulations involved in an artist’s efforts to fulfill their dream. The documentary will also highlight how the artist fell in love with their favorite craft. The very first episode of Love Spawns Creativity will feature Yannick “Thurz” Koffi, a solo artist from Inglewood, Los Angeles. In this episode, Thurz will talk about the early influences and motivation behind his relentless efforts to create something new.

Interestingly, Andre Drekidd Simmons started this animation project for his Master's thesis. However, while going through the process of completing the project, he thought about expanding its scope by including different perspectives from artists from all walks of life. Now, Andre’s objective is to turn this project into a complete web series with funding support from Kickstarter. This campaign, however, is just about raising funds for the next episode of Love Spawns Creativity.

The funding requirement for this project is $6,000. A series of attractive rewards have been created for the backers. This Kickstarter campaign will end on December 6, 2014.

About Andre Drekidd Simmons
Andre Drekidd Simmons was born and raised in Inglewood, California. Andre found his passion for art and music late into his teens as an escape. Now, he looks to promote art as a way of life and a means of liberation to all. 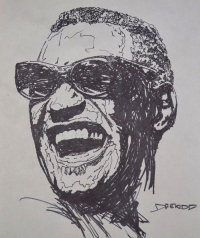 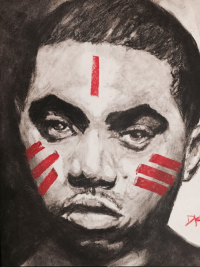 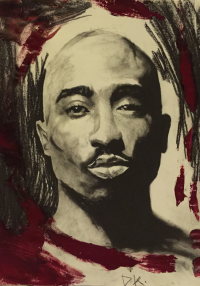