Set in 1968, ‘Annie’ thrusts readers into the physical and emotional realities of war. Raw, vivid and inspired by true events, the novel also compassionately pays tribute to the fifty-six thousand men and women who sacrificed their lives during the Vietnam War. With such pertinence to society, the novel is poised to resonate with readers around the world.

Coalgate, OK -- (SBWIRE) -- 08/21/2013 -- In 1967, Ron Mahaffey and his best friend Rick Maxwell embarked on what they thought would be the adventure of a lifetime – joining the Army and volunteering for Vietnam. However, while together throughout High School and Basic Training, their separation at the point of their first posting reduced their contact to hand-written letters sent between Vietnam and Germany.

Almost five decades later, the letters they exchanged have inspired Mahaffey to write a powerful and gripping novel about the harsh realities of war. ‘Annie’ pays tribute to all who have served; especially those who didn’t come home.

Cody Miller's lifelong desire to serve and protect the country he loves is a reality now, thanks to the Vietnam War. He has served honourably and well, and he's about to be sent back to the States...along with the woman he loves. Just as his dreams are about to come true, a tragedy strikes, giving him the opportunity to protect an angel of mercy...but at great cost to himself.

Cody wakes up in a veterans' hospital believing that he has nothing left to live for. With a cold and angry heart, his only wish is to ride into the Colorado wilderness, never to be seen again. But Cody doesn't know that destiny is following him in a way he doesn't expect. Will it reach him in time? Annie is a deftly plotted, richly characterized novel that illuminates the physical and emotional realities of war with vividness and compassion to create a deeply satisfying story.

As the author explains, the story is heavily based on his own experiences.

“My best friend and I joined the Army after our high school graduation in 1967 and volunteered for Vietnam. We had been together since high school and basic training. When our orders for deployment came down he was sent to Vietnam and I was sent to a Pershing Missile outfit in Germany. We kept in touch with letters while I tried to find a way to volunteer out of the missile unit and into a combat unit in Vietnam,” says Mahaffey.

Continuing, “Before I could convince the Army to send me he was killed on Good Friday, April 12, 1968 during heavy fighting. The letters he wrote me inspired me to write the book Annie. He was always known to me as Rick Maxwell but his birth name was William E Maxwell. You can find his name on the wall in D.C. panel 49E line 34.”

“The story was a short one which was a quick read, but oh how much you can gain in that short read! This is a book that I would recommend to anyone. It may bring a tear or two to your eyes and then again there is joy to be found in the unbounding love,” says Gayle Pace, who reviewed the book on Amazon.

Kathryn A. Kindel was equally as impressed, adding, “Just finished reading Annie! Very well done. Made me feel a part of the story, descriptions of characters, scenes and feelings made the book come alive. Hope there will be more than one - a series would be great!”

About Ron Mahaffey
Married for 44 years to my high school sweetheart we raised three wonderful children. Due to my career, as a Nuclear I&C Technician, it was necessary for me to travel from one end of this country to the other. My family travelled with me to each job where I worked 6 to 7 days a week 12 hours a day. Each job lasted anywhere from 3 months to 1 year then we were off to start another contract in a different location of the country. I am now semi retired running a small cattle ranch in Oklahoma. My daughter grew up to become a journalist and mother, my oldest son is an Electronic Tech and my youngest son is a teacher. All three have told me how much they enjoyed the days we spent together travelling our country’s highways. They all wish, as I do, that those days had never ended. There has never been a day go by that I don’t think about my friend Rick and the 56,000 other men and women who gave the ultimate sacrifice in a war where the soldiers were hated by their own countrymen. 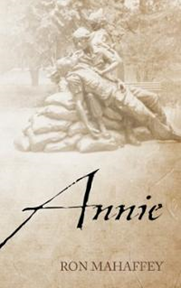