Control a number of spaceships to discover planets, explore territories and to demolish and destroy absolutely everything on your way with devastating bombs.

Denver, CO -- (SBWIRE) -- 12/18/2013 -- Players start their journey with a lightweight spacecraft on a nearby planet. Their goal is to explore as much of the territory as possible – and stay alive. There are a lot of obstacles on their way such as black holes, danger zones, airspace mines and anti-aircraft warfare. They will use their weapons to blast every last thing.

The game features real physics engine where every object behaves, as it would in real world. Every level is really huge. It takes up to 20 minutes to explore each. There are a number of natural hazards like black holes, radiation and low temperature zones. Players will encounter deadly traps on their way, such as airspace mines and Anti-aircraft warfare. The game features 10 planets, where each has 5 levels and a new planet will be added every two weeks. The game features 10 ships, where each has unique base specification such as engine power, agility, and weapon caliber. A new ship will be added every month. Each ship is upgradable where almost every part of a ship can be improved. There will be no in-app purchases. The energy player collects on a planet will be used to upgrade their ship, get new one and to unlock new planets.

About ApexTech
ApexTech is a software development company and their main domains are healthcare, telecommunications and accounting. However, their passion to video games brought them ideas of Demolition Lander and after 6 months, the first version was born. They are planning to release the game with current set of features for iOS platform on February 2014. If Demolition Lander hits its funding stretch goals – the game will gain new awesome features and also be ported to Android / Windows Phone / OUYA platforms. 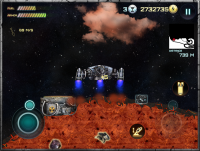 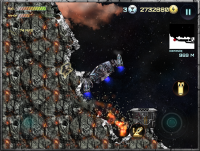 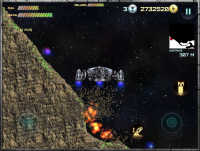 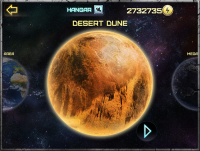