Tempe, AZ -- (SBWIRE) -- 03/26/2012 -- What do a real estate executive, a Christian, and a Washington grad have in common? Meet Scott Greenlaw. In a world where financial executives have been brutally hanged in the court of public opinion in recent years, Greenlaw has gained the respect of his community and peers. Here’s a short bio: he’s a Political Science grad from the University of Washington who recently pioneered a Short Refinance team in July 2011.

Mr. Greenlaw’s background runs deeper, however, and is littered with accomplishments in a much different world - business. Despite his Poly-Sci major, Scott Greenlaw quickly realized his talents elsewhere and went on to serve as a CEO in the real estate and mortgage world. As an executive, he was instrumental in transforming service providers into being more cost-effect. Moreover, Mr. Scott Greenlaw attracted increasing attention from many industry publications after overseeing an explosion in company growth. Some have since labeled him as one of the top emerging CEOs in the country.

About Scott Greenlaw
While other finance professionals have a reputation soiled by the financial turmoil of the late 2000s, Greenlaw’s is relatively stain-free. He credits his Christian faith for sustaining him. His faith is also why he’s been a loyal catch for each of his employers. Whereas stars in the finance world are quick to make a buck and leave their employers dry at the first sight of a new opportunity, Greenlaw has earned a solid reputation of making inroads inside each company for which he’s worked.

Aside from his professional life, Greenlaw has maintained close ties within his own community. It comes as no big surprise to his community that he was able to combine his business savvy with his Christian faith to help form a foundation. In the process, he was able to donate to children’s charities in the amount of over $100,000. 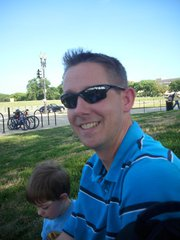