Are Divorce Rates Falling in 2021

It seems that divorces are on the decline after a significant spike at the beginning of the COVID-19 pandemic in March of 2020. The surge of divorces likely happened because couples were forced to face their issues and take time to reflect on them. Additional stresses the pandemic caused mentally, emotionally, and financially, with the lack of support systems (that were not as readily accessible during the pandemic) caused couples to face their issues. All this together created a perfect storm for problems to surface or form. However, with the world seemingly in the process of reopening, divorce rates have begun to decline.

Miami, FL -- (SBWIRE) -- 08/14/2021 -- Florida was among the top four states with a decline in divorce rates since October 2020, along with Rhode Island, Oregon, and Missouri. However, the concern now is whether or not couples will need a Miami family law lawyer for divorce since many stayed together due to health and financial concerns. According to the New York Times, 29.9% of surveyed couples ages 18 to 64 worldwide said that the pandemic has done more harm than good to their marriage and fear heading towards divorce.

Divorce was also tricky during the pandemic since couples could not see their family law attorneys in Miami in person and had to proceed with cases virtually, even if they went to court. Now that the courts are opening back up in Florida, along with many other places in the city, it is expected that divorce rates will stabilize. 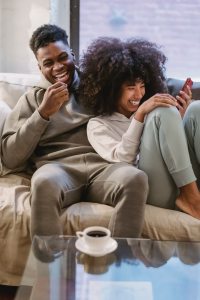