Naperville, IL -- (SBWIRE) -- 04/16/2014 -- Ashley Rossi plans to raise the baby food industry's standards since she discovered many places where the industry overlooks higher standards in baby nutrition. Renting a commercial kitchen is extremely expensive and paying those prices would drive her out of business before she could even begin, so Rossi has decided to open her own.

Baby food, as is the case with any processed food expected to have a long shelf life in the grocery store, has to be processed and you end up processing out all of the precious nutrients that the produce once contained. This is why OrgaNums food is made and stored in the frozen biodegradable containers rather than jars.

By renting a portion of her kitchen, she will have a unique opportunity to invest those monies back into OrgaNums. Rossi has been in talks with her local Whole Foods who is very excited to have OrgaNums in their stores. To meet projected consumer demand, Whole Foods requires large supply commitments from Rossi's company.

She will need to purchase commercial kitchen steamers, a walk-in freezer, prep tables, and all of the other staples of a commercial kitchen to allow for high-volume production of her new baby food line, which is why Rossi turned to crowdfunding. The money raised will also allow her to hire two people, which are one of the things she is the most excited about and proud of: job creation. She has looked into local retail rental space and would be able to afford it with the financial backing. She'd also like to purchase a used frozen foods truck for deliveries. She has looked into the success and model of Oberweis and would like to "borrow" some of their brilliance. 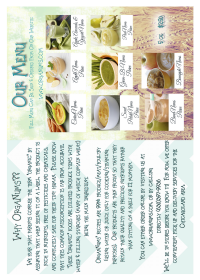 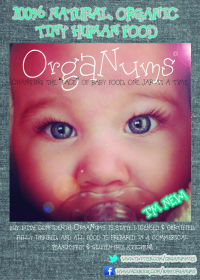 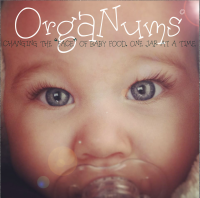