Asian Intuition claims that the legendary paintings of Bodhidharma can help expel all evil and bring good luck and wealth to all. They have started a Kickstarter campaign to bring these finest Asian artworks to life.

Portland, OR -- (SBWIRE) -- 10/19/2015 -- Bodhidharma was a 5th century Shaolin Monk that introduced Zen Buddhism to the grand empires of China. Legend says that he had the special ability to ward off evil spirits and attract wealth, prosperity, and success.

Cheong-Gok is an exponent of oriental maintaining with specialized knowledge and skill in the paintings of Bodhidharma. He has the distinction of being the first and the only artist who paints directly from the writings of Buddhist scriptures and proverbs. His paintings are highly influenced by the traditional, historical materials of the East.

All artists other than Cheong-Gok have painted Bodhidharma in a light-hearted and farcical manner. Unlike them, Cheong-Gok has extensively gone through all available materials on Bodhidharma and studied his teachings in China's Shaolin Temple. In the paintings created by Cheong-Gok, Bodhidharma has been depicted as a serious, strict, and enlightened character.

A true artisan at heart, Cheong-Gok is not at all driven by money or fame. His only ambition is to let the rest of the world know about the hidden treasures of the Asian culture. This project involves twelve different illustrations of Bodhidharma created by him. In a collaborative effort between the painter and Asian Intuition, this project will introduce an opportunity to own the originals of these timeless works for a negligible price.

Asian Intuition is dedicated to bringing the finest Asian artworks to life and let more people know about them. They have just started a Kickstarter campaign to raise funds for the purchases and showcasing of the amazing artworks of Cheong-Gok and many others.

To find out more about this campaign, please visit http://kck.st/1jxjomy

About Asian Intuition
Asian Intuition is dedicated to bringing the finest Asian artworks to life and let more people know about them. They have always been intrigued by the alluring art of the oriental world. The company teams up with famous, talented Asian artists that want to make their work known to the rest of the world. 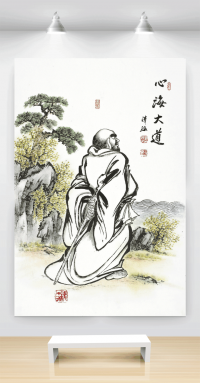 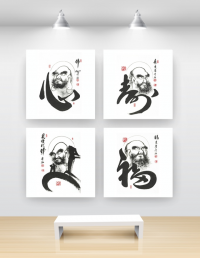 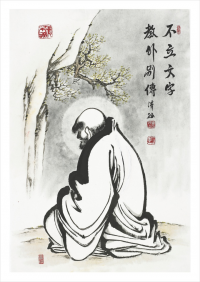 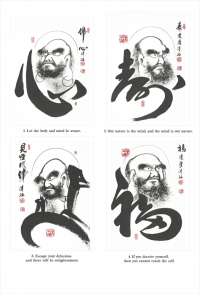