Atlanta Attorney Tiffany Simmons was recently interviewed by online magazine Dev Gillespie about life in the Big Peach, being a lawyer, a boss and giving back

Atlanta, GA -- (SBWIRE) -- 01/27/2016 -- What is a boss? What is it like being an attorney in Atlanta? What does it mean to give back to the community? These are some of the questions addressed in an interview with Tiffany Simmons in the online magazine Dev Gillespie.

"When Dev called and asked if she could interview me, I was very flattered. She only interviews people who are leaders and who are making a difference in the greater Atlanta region," Ms. Simmons said. "I'm glad to know that people do believe I'm someone who is working to make our society better."

The interview touched on a number of topics, and Ms. Simmons' background. Among the accomplishments noted were that she passed the Bar Exam on her first attempt. A difficult achievement.

"Some very successful and famous lawyers did not pass on their first try. It's not an easy test and it challenges you to really think. You have to apply everything you learned in law school," she said.

Attorney Simmons started her law firm in 2009 and has seen a steady growth since opening.

Ms. Simmons announced she is working on a reality TV series, Atlanta Law. She told Gillespie the show is meant to tell people what it's like being a boss and being a lawyer in the Capital of the South.

"It's not just about the South and Atlanta. Look at the nation's lawyers. Only five percent are black women. We make up 13 percent of the population in the United States. Why don't more of us go into law? I hope this TV show will encourage more women of color to consider this as a career," Ms. Simmons said.

Being an attorney is about helping people and making sure they get a fair deal in whatever they are working toward, she told the magazine. Ms. Simmons specifically targeted the justice system and the entertainment industry as places where people need quality representation.

About SIMMONS LAW
Award-winning, enthusiastic and resolute on rejecting defeat, Attorney Tiffany M. Simmons is the legal counsel of choice for those who seek the absolute very best representation. Attorney Simmons represents clients ranging from celebrities, businesses, to everyday citizens. Ms. Simmons was honored to receive the 2013 and 2014 Client Distinction Award for being in the top 1% of her profession by Martindale-Hubble. 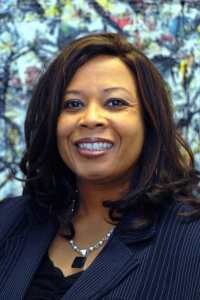