Provincetown, MA -- (SBWIRE) -- 07/09/2013 -- Audra McDonald, the five-time Tony Award winner and recent star of Porgy and Bess on Broadway and TV’s Private Practice, makes her Provincetown debut with four shows only on July 21 and 22 at 5pm and 7pm. Sirius/XM radio star Seth Rudetsky, whom the New York Times just dubbed “The Mayor of Broadway,” hosts again at the piano.

Audra McDonald became a three-time Tony Award winner by the age of 28 for her performances in Carousel, Master Class, and Ragtime, placing her alongside Shirley Booth, Gwen Verdon and Zero Mostel by accomplishing this feat within five years. She won her fourth in 2004 for her role in A Raisin in the Sun, a role she reprised for a 2008 television adaptation, earning her a second Emmy Award nomination. On June 10, 2012, McDonald scored her fifth Tony Award win for her portrayal of Bess in Broadway's The Gershwin’s Porgy and Bess thus tying a record held by Angela Lansbury and Julie Harris for most Tony Awards won by an actor. She also maintains her ties to classical repertoire with an active concert and recording career, performing song cycles and operas as well as concerts throughout the U.S. Audra’s many television appearances include four seasons as Naomi Bennett in Private Practice, as well as Homicide: Life on the Street, Law & Order: SVU, Having Our Say, Mister Sterling, The Bedford Diaries, Kidnapped, the television remake of the musical Annie, and HBO’s Wit with Emma Thompson and was announced recently as joining the cast of The Good Wife. Her film roles include Cradle Will Rock, Object of My Affection, It Runs in the Family, Best Thief in the World, and Seven Servants.

This season’s Broadway @ The Art House series will run from June 28th through September 8th. In addition to Ms. McDonald, the lineup includes the following artists performing solo shows, with Rudetsky at the piano:

Seth Rudetsky is the afternoon Broadway host on Sirius XM satellite radio. As a musician, he has played piano for over a dozen Broadway shows including Ragtime, Les Miserables, and Phantom of the Opera. He was also the Artistic Producer and Music Director for the first five annual Actors Fund Fall Concerts, which included Dreamgirls with Audra McDonald (recorded on Nonesuch Records) and Hair with Jennifer Hudson (recorded on Ghostlight Records, Grammy nomination). As a comic he was awarded “Funniest Gay Male in NY” at Stand-Up NY and is a three-time Emmy nominee as a writer for The Rosie O’Donnell Show. As an actor, he made his Broadway debut in The Ritz directed by Joe Mantello, and has appeared on television on Law and Order C.I. and All My Children. As an author, he wrote the books The Q Guide to Broadway, Broadway Nights, and just released his new novel My Awesome/Awful Popularity Plan on Random House, and as an audio book on audible.com featuring Modern Family’s Jesse Tyler Ferguson, SNL’s Ana Gasteyer, Smash’s Megan Hilty among others, and writes a weekly column on Playbill.com. This year he added "television mogul" to that long when he launched Seth TV, his new, web-based entertainment network. His Broadway @ The Art House series will be, by his own signature estimation, even more “A-MAH-zing” this summer than ever! For the complete summer season line-up, visit www.ptownarthouse.com

Broadway @ The Art House concert series is sponsored by Cape Air, the Anchor Inn Beach House, Ptown Bikes, and SethTV.com. The Art House piano is made possible by a gift from Mary Fassett.

LISTING INFO:
An Evening with Audra McDonald
Featuring Seth Rudetsky as pianist and host
July 21 & 22
at 5pm and 7pm 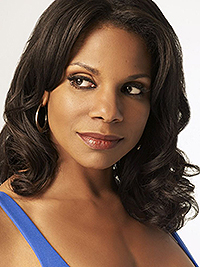