Aus3d.com.au on Revolutionizing 3D Printers and Its Limitless Possibilities and Risks

Modbury, South Australia -- (SBWIRE) -- 07/24/2015 -- The world has truly been revolutionized with all the technological advancements at an absolutely rapid pace. The unearthing of various innovative scientific discoveries has provided limitless possibilities, and time will come that not a thing man could think of will be impossible. The internet, being one of the best inventions of man makes everything almost achievable; almost having the world at the palm of the human hand. Another of man's latest discoveries are the 3D Printers that could truly transform how things can be created, from simple tools and spare parts to human organs that actually perform their functions.

The discovery of 3D printing has truly captured the attention of the world especially in the world of manufacturing and prototyping. However, a few decades ago, 3D printing has not actually been successful as the outcome of these printers could not actually create what man has really envisioned. Nonetheless, the 3D printing technology has further leveled up making it more accurate and absolutely more powerful than it was when the first prototype has been launched.

Through a series of trial and testing, scientific experts have come up with a way to make hardening of the thin layers of the printed material faster through the utilization of the UV light and this is being referred to as the Stereolithography or the SLA. The next dilemmas that these experts had to deal with are the details and the speed of printing, hence the development of what they call as Heliolithography making 3D printing relatively faster with more accuracy on the details. And still, there have been flaws discovered in the process of printing and some botched prints are sometimes produced, some 3D printer developers make use of a different printing pattern and a different strategy in the use of the UV light; while others make use of other unrevealed light sources to make the prints even better.

With the current models of 3D printers that have been re-engineered by the experts, successful 3D printed organ transplants have been performed, new innovative computer parts have been printed, and 3D-generated prosthetics have helped a massive number of debilitated patients all over the world.

However, people also see the risks of the manufacturing of highly advanced 3D printers as some companies fear that their products could easily be mimicked, thus producing relatively almost the same types of products that could be marketed in a much cheaper cost bringing most world-renowned brands down the drain. Some people have also foreseen that these printers could also be used in creating weapons like guns that can be used for criminal activities.

There are truly a lot of benefits that the world could get from the 3D printer technology, but being very responsible about its use is more imperative to protect the best benefits of the people.

About Aus3D
Aus3D Printer Suppliers are based in South Australia. They carry a range of 3D Printers, 3D Printer Kits, and 3D Printer related parts and supplies. They aim to be Australia's go to 3D Printer supplier by providing professional service and quality products. They have been trading on eBay for some time and have consistently received positive feedback due to their fast turn-around time and professional service. 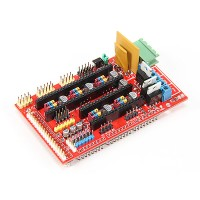 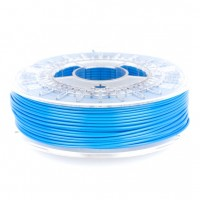