Crazy Pirate – An Awesome Gold Hunting Tapping Frenzy is a simple spin on the age-old favorite “Find the Ball” game but with new, addictive and fun elements including gory, head-slicing action as try to keep the eye on the treasure.

The gameplay isn’t just heaps of fun, it’s fast-paced with endless levels that will challenge and puzzle players at the same time. The seas of the Caribbean are a dangerous place, and can fight the way up the leaderboard, earning achievements and leapfrogging over lesser mortals as race the way to the top!

Can players beat their friends to become the best pirate in the land? Share the progress and victories across social media while unlocking pirate heads and sharing them!

With three pirate heads to unlock and more to discover, each level is a riot of fun.

Check out Crazy Pirate’s gameplay on YouTube right now. This free game will be available from Apple’s iTunes store from February 12th, 2014. Do 'you' have what it takes to become the bravest and most feared pirate on the seven seas?

About No Logic Needed
No Logic Needed is an Australian developer creating iOS apps and games for the masses that are fun, simple and make the life easier. For more information, visit No Logic Needed’s website online today. Can also keep up to date with the latest news from the company by following their Facebook and Twitter feeds! 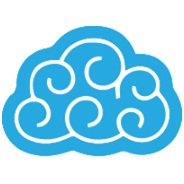