But something is rotten on Long Island. When Filomena discovers that a high tech Long Island factory is spewing poisons into the water supply, she’s sure that the contaminator is none other than her old nemesis, a cutthroat industrial polluter with an airtight financial empire. Armed only with an ax to grind, the gutsy Filomena knows she’ll have to play dirty to clean up the neighborhood.

Her search for justice introduces her to the unfamiliar scent of privilege—from the state-of-the-art chemistry lab of a local university to the crumbling ruins of a beach-front estate, from a glimmering high-society party to an intimidating high-security chemical plant—and immerses her in the all-too-familiar stench of political corruption and personal greed. Once again, Filomena’s nose for trouble has drawn her into a case that’s more than a little hazardous to her health. As the action heats up, she must juggle the dangers of the investigation with the demands of raising her three-year-old daughter and the delights of a surprising new romance.

Kenneth Wishnia does not disappoint in the 3rd installment of the Filomena Buscarsela mystery series aimed to make readers stop and think—and maybe chuckle, too.

About Kenneth Wishnia
Kenneth Wishnia’s novels have been nominated for the Edgar Allan Poe Award, the Anthony and Macavity Awards, and made “Best of the Year” lists at the Washington Post, Booklist, Library Journal, and The Jewish Press. His novel The Fifth Servant was an Indie Notable selection, a Best Jewish Book of the Year (Association of Jewish Libraries), winner of a Premio Letterario ADEI-WIZO, and a finalist for the Sue Feder Memorial Historical Mystery Award. He teaches writing, literature and other deviant forms of thought at Suffolk Community College in Brentwood, Long Island, where he is an associate professor of English. 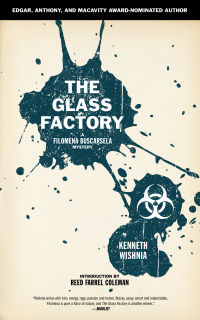 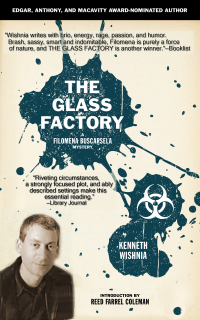