A personal journey with Congenital Diaphragmatic Hernia becomes part of the worldwide effort to raise CDH awareness and funding for medical research.

Boulder, CO -- (SBWIRE) -- 02/26/2014 -- On the day of the ultrasound to tell the parents if it would be a boy or girl, Marie Zanders and Derrick Jones found out a lot more than they could have ever imagined. It seemed their little Legacy told the doctor a lot more than that he was a boy. That was the day the couple learned about CDH.

From that moment on, information came at them fast and furiously. They didn't know much, but what resonated the most at that time was that their son was in tremendous danger. The doctor couldn't say with certainty but he was trying to prepare the parents for the real probability that Legacy would not survive without extreme medical intervention which may not even be enough to save him.

Congenital Diaphragmatic Hernia (CDH) occurs in approximately 1 in every 2,500 births (1,600 cases in the U.S. each year). The cause of CDH is not yet known. The diaphragm is formed in the first trimester of pregnancy and controls the lungs' ability to inhale and exhale. CDH occurs when the diaphragm fails to form or to close totally and an opening allows abdominal organs into the chest cavity. This inhibits lung growth.

Marie and Derrick have a great deal of material from their own journey with CDH and they continue to gather more, as their story is ongoing. However, ‘Fighting for Legacy’ is not just about Legacy, their son, but also the legacies of other CDH babies and the fight to raise awareness and break ground medically. 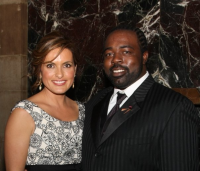 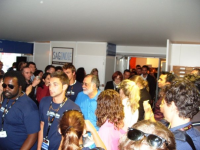 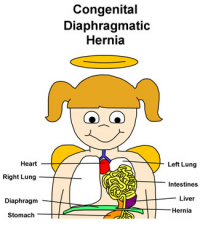