As the 2003 International Library of Poetry Poet of the Year, Ca$anova has enjoyed overwhelming acclaim. However, in a new series of books, the American author turns his pen in a different direction as he tackles the hugely popular and ever-so-delicate genre of erotica.

Kannapolis, NC -- (SBWIRE) -- 07/08/2013 -- Many already know Ca$anova for his impressive poetry career that spans almost three decades. With his 2003 poem ‘Dreams Of You’ naming him Poet of the Year by the International Library of Poetry, thousands have grown to both love and appreciate his work.

Menage A' Trois: Chris is an attorney that gets sexually involved with his client Maria but he also comes in sexual contact with his two lusty secretaries, Chantelle and Diamondnique.

Sensual Sexual Desire: Cash is an author that meets a gorgeous waitress named Chantal. As their relationship gets better her sultry lusty sexy boss lady Jasmine comes in the picture with sexual favors towards Cash. He eventually does give in but he has to play them them both so Chantal doesn't find out...But Jasmine's husband does...

As the author explains, each of his books ties in perfectly with the real world.

Continuing, “As far as the sex goes, I like to explain a deep sexual side of what people would say like lovemaking and having hard-core sex...explicit content. I write from detail to detail.”

Critics praise the author for his diligent attempts to give erotica fans something new and refreshing to read. Due to the increasing popularity of all four books, interested readers are urged to purchase their copies as soon as possible.

Each title can be purchased from Amazon.com.

About the Author: Ca$Anova
The author lives in Kannapolis, NC. 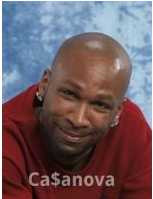