Cleveland, OH -- (SBWIRE) -- 05/17/2013 -- "We didn't think it would turn out to be this good", commented Mr. Wayne Hicks, Executive Director of the BDPA Education and Technology Foundation. BDPA Cleveland Chapter loaned a few laptops to Funutation to help them run tech camp pilots thinking this would grow to be a great program for kids in Cleveland, OH. Ted has taken this to the next level."

Ted Jordan is the visionary behind Funutation Tekademy LLC. Funutation stands for fun and education! The company runs kids' camps, called Tek Labs, during the summer teaching kids to make computer games, build web sites, and program battle robots. Funutation commits to providing children the finest experience in technology skills education. As a result, computer programming and teamwork are integral parts of the Funutation Tek Lab experience. "We look forward to hearing about the past, present and future of Ted's vision" states Mr. Hicks.

Mr. Hicks continues, "We are excited to have Funutation as a guest on our show because he has taken his Cleveland startup and grown it into 7 states." Funutation will join BDPA iRadio on June 25, 2013 at 8:30ET to discuss how the BDPA has helped African American startups in the world of computers.

7-year old kids writing video games? "Why not!", states Ted Jordan, President of Funutation Tekademy LLC. "I envision that in 10 years the kids that attend Funutation Tek Labs will create the Twitter's, Facebook's, and Google's of tomorrow"

Funutation is holding Ohio's only MIT Scratch Day at their Beachwood headquarters. Scratch is a programming language developed at MIT to teach kids computer coding like the founders of Google, Facebook, Ebay, and others did as kids!

About Funutation Tekademy
Funutation Tekademy LLC teaches kids ages 7 to 15 computer coding in fun ways using their trademarked Funutation TEAMS (technology, engineering, arts, math, and science) philosophy. Kids make their own video games, build battle robots, and more as part of these STEM based camps! The curriculum team consists of graduates from top-tier universities such as the University of California at Berkeley and Case Western Reserve University.

BDPA Education and Technology Foundation (BETF or BDPA Foundation) is a 501(c)3 non-profit charity, founded in 1992 to support the education and technical programs of Black Data Processing Associates (BDPA).

About MIT Scratch
Scratch is a programming language that makes it easy to create your own interactive stories, animations, games, music, and art -- and share your creations on the web. 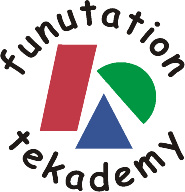