While there are thousands of amateur beat makers and producers that settle for the limitations of free beat-making software, the serious novice knows that it will take serious tools to enter the professional production world. The recently launched website Beat-Making-Software.org is poised to help them compare and learn about the latest beat making software being used by today’s pros in the music industry. “We are serious about bringing novice beat makers the tools and up-to-date information they need to stay on top of the beat-making game,” said the Beat-Making-Software.org website founder. “As longtime users of beat-making programs, we want to bring useful information on utilizing the best tools and how to make your own beats for Rap, Hip Hop, Techno, House, and more.”

Currently, http://www.beat-making-software.org features two of the music production industry’s most utilized and feature-rich software packages for today’s serious novice and pro beat maker. First up is the well-known DUBTurbo beat-making program. As the most used beat-making software program on the Internet, DUBTurbo has added several new features to its broad pallet including a new and improved user interface among others.

From the 16-track sequencer and full four-octave keyboard to the drum machine panel and the thousands of sounds in the extensive library, the DUBTurbo 1.5 software package offers many capabilities for the novice and pro user. The software also contains many instrumental samples, step-by-step videos and works with PC and Mac.

About Beat-Making-Software.org
The new website is designed to help people looking to get in the music production scene by reviewing beat making programs in the market today. In addition to reviews of the programs, the website also provides tutorials on how to use the featured programs. The website’s reviewers have been using and following the latest trends in beat making software for three years. 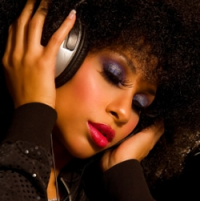