Redirecting readers to the foundation of reaping a meaningful life, ‘Becoming Holy’ chronicles the author’s own bold transition from the darkness to the light. Serving as strong inspiration to others, the book is set to resonate with readers around the world.

Evergreen Park, IL -- (SBWIRE) -- 03/01/2013 -- According to author Fountain Hendricks, many people have lost their sense of joy, ambition and enthusiasm. Having experienced the pitfalls of life and radically changed his ways by submitting to Jesus, Hendricks’ new book aims to guide others to an equally better existence.

‘Becoming Holy’ will bring clarity, substance and enrichment to all who accept it.

Becoming holy is about transitioning from practicing Christian ethics to living in Godly character. It is a teaching tool that gives instruction and guidance on how to achieve the standard that Jesus teaches us in the gospels of the New Testament. Jesus taught and showed us how to live a life pleasing to God, but the key attribute in fulfilling the teaching of Jesus is being holy (consecrated).

Becoming holy is not an external alteration but it's an internal transformation. The purpose of this book is to teach people how to achieve the position of holiness and how to live in Godly character. The term live is correlated with being consistent, it's not a one day event, it's a process. This book breaks the boundaries and limitations of modern traditionalism. The process of becoming holy is realizing who you are, then allowing God to break and destroy who you are so you can resurrect to whom He wants you to be.

This book will be an instrument that will explain what prevents people from being holy, what will cause you to be holy and why it's important to pursue holiness. The pursuit and achievement of holiness qualifies you to be a disciple for the Lord.

As the author explains, the book’s concept has been tried and tested with much success.

“The Lord has allowed me to endure the process of transitioning from the darkness to the light. I have discovered the failures, uncertainty and danger of living a life following the trend of society,” says Hendricks.

He continues, “Experiencing the pitfalls of life has captured my attention that a change needs to happen, that’s when the Holy Spirit gave me the epiphany to make a decision to change who I was by submitting to whom Jesus is. This life and mind altering experience inspired me to write the book.”

Critics praise the diligent efforts Hendricks is taking to help people strive toward their own individual greatness in Christ. With the book’s popularity steadily increasing, interested readers are urged to purchase their copy as soon as possible.

About the Author: Fountain Hendricks
Fountain Hendricks was born in Chicago, IL. He was raised in a Christian household. He was a young man driven by worldly morality which prevented him from living underneath the power of the Holy Ghost. Through experience and many failures he has gained understanding and knowledge on how to exhibit Godly character. Going to church became a ritual for him but God never became the center focus of his life until he had a "Damascus" moment in his mid-twenties. The Lord spoke to Fountain in a loud voice through his transition of condition. After being isolated from love ones, betrayed by those whom he was familiar with and being separated from everything that was common he discovered that God allowed this to happen for a reason.

The Lord was calling Fountain out of deception and darkness to live in the truth and light of Holiness. Fountain realized that he was serving God under the influence of religion, tradition and commonality which empowered him to inherit misfortune but the Lord gave him clarity, understanding and great wisdom. This experience allowed him to see that "Becoming holy" is the difference between practicing Christian ethics and Christian character. Becoming holy has allowed him to live a joyful, purposeful, exciting and influential life. The Lord has placed him in a position to teach and nurture others on how to live a holy life, modeling Jesus internally and externally. 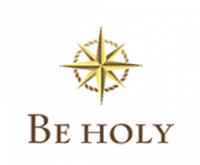