Newly released video from THAT Skin Care offers a simple, affordable solution for dry skin and the tell-tale signs of aging.

Oakland, FL -- (SBWIRE) -- 01/06/2014 -- THAT Skin Care has released a new video introducing its Age-Defying Moisturizer with Matrixyl 3000. The short commercial-style video portrays the new anti aging cream as an answer to the common problem of dry and aging facial skin. This comes at a time when women everywhere are concerned about the effects the harsh, winter weather is having on their skin.

Most women find they need to use a facial moisturizer daily, regardless of the season. However, dry and cold temperatures make it more of a necessity compared to other times of the year. Even those with oily skin types find they need extra hydration during the winter months.

In terms of retaining moisture in the skin, humectants such as sodium hyaluronate (sodium salt of hyaluronic acid) are especially helpful. Hyaluronic acid is found naturally in the body and it's plentiful in younger skin. As the skin ages, the levels of this substance naturally decline - leaving behind less moisture and eventually, wrinkles.

According to THAT Skin Care™, "We use sodium hyaluronate in our best anti aging moisturizer formula because it absorbs into the skin really well. By filling the skin with moisture it helps to plump up lines and wrinkles so they are less visible. It's a wonderful moisturizing ingredient that's both naturally safe and highly effective."

Many additional hydrating ingredients are contained in the new face cream including olive and coconut oil derivatives, caprylyl glycol, peptides, glycerin and shea butter. Customers who have tried the product often report that it's refreshing and extremely hydrating without being greasy or oily.

One of the first steps of achieving younger looking skin is to keep the skin properly moisturized. As most women of a certain age are well aware, dry skin causes lines and wrinkles to appear worse than they actually are. By applying moisturizers to plump up and re-hydrate the skin it's possible to look younger in a very short amount of time.

THAT Skin Care offers its Age-Defying Moisturizer with Matrixyl 3000 online at the Amazon Marketplace. Interested consumers may visit http://www.ThatFaceCream.com for details and purchase information. 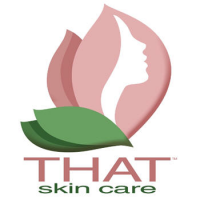 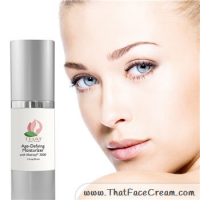