Santa Monica, CA -- (SBWIRE) -- 11/08/2013 -- Statistics from the transportation sector indicate sales of almost every type of vehicle have declined over the last decade; however, the one exception to this trend is electric bikes. During this same time frame, electric bikes Los Angeles have exhibited approximately a 10 percent annual increase in consumer demand. Considered a remarkable fusion of practicality and exercise, e-Bikes are rapidly becoming a favorite among the urban commuting population.

Having foreseen this movement long before it began to take hold in the United States, Bike Attack remains one of the only electric bike dealers in the Los Angeles and Santa Monica area. In an effort to meet the evolving needs of those interested in adding biking to their repertoire, the company has launched the addition of new performance brand electric bikes to their 2014 lineup.

Petra Bunse-Monsalud of Bike Attack confirmed, "The people of Europe and Asia have been aware of the benefits of electric bikes for quite some time, but the idea only began to take hold here in America over the last ten years or so. These bikes are going to dominate the market in the years to come. Bike Attack electric bike brands in our new 2014 selection include Stromer and Easy Motion, both of which were voted the best electric bikes on the market by European consumers."

The company also carries Kreidler e-Bikes featuring the revolutionary Bosch system for assisted pedaling. The system offers a great deal of flexibility, easily adjusting to bike rides in congested city traffic, on mountain trails, or along scenic roadways. It can also be turned off for an unassisted ride. Contrary to popular belief, systems of this nature only supplement the rider's efforts rather than eliminate the need for exertion. Electric bikes provide the same fat and calorie burning effects of traditional manual bikes while offering additional speed and reinforcement when needed.

Bike Attack's inventory includes Dahon e-Bikes as well. They are acclaimed for being the only folding electric bike available, making them an ideal choice for urban commutes. Dahon is renowned for their innovative, award winning designs. Models from this designer are highly popular among the environmentally aware and the health conscious alike.

Said Bunse-Monsalud, "All of these top brands will be available in our 2014 line. Not only do we carry an extensive selection of the most prominent brands on the market, we offer the best priced electric bikes as well. Those interested in benefiting from the advantages of e-Bikes can contact us or stop by our store and speak with one of our experts to help decide which model is right for them."

About Bike Attack
Bike Attack is a boutique performance bike shop based in Santa Monica California with an international online bike store. Bike Attack is more than simply a bike dealer; their staff is comprised of world class racers and technicians who test and rate every bike they sell. When it comes to performance bikes, including electric bikes, their selection is second to none and often at the lowest prices to be found. 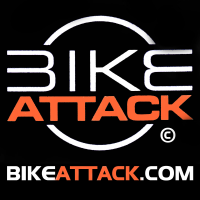