The website iunlockblackberry.com is announcing their proprietary software that can unlock Blackberry Bold 9900 and make it usable with any GSM network in the world

Airmont, NY -- (SBWIRE) -- 08/11/2011 -- With the brand new release of the Blackberry Bold Touch 9900 consumers are searching for reputable websites to help them unlock their phones. But as the new unit was unexpectedly released more than 3 weeks earlier than scheduled in Rogers Canada, users are stuck waiting several weeks (perhaps even months) for applicable technology to unlock them.

In response to this unexpected release, the website iunlockblackberry.com is announcing their proprietary software that can unlock Blackberry Bold 9900 and make it usable with any GSM network in the world.

The new service is available right now on their website and according to experts they are currently one of the only websites that offer it.

“iUnlock Blackberry,” which provides services that legally unlock a wide variety of Blackberries, has been building a reputation in the industry for providing forward thinking technology that is always one step ahead of the competition.

This reputation was certainly backed up today as they announced their new Unlock Blackberry service for the 9900, which can easily be purchased on their website for as little as $9.95.

Unlocking smart phones has been getting more and more popular with consumers in recent months. An unlocked phone allows users to roam without extraneous charges, and affords them a variety of freedoms not available with a phone that is relegated to one network.

The process to Unlock Blackberry is surprisingly simple. After purchasing the service on the website, the customer is provided an 8 or 16 digit unlock code Number. They are then given easy to follow instructions that are specific to their phone; and within minutes they get an unlocked phone with the freedom of unlimited network access.

What this means for Blackberry owners is the ability to make international phone calls without roaming charges, unlimited access to other GSM networks, and up to a 200% resale value on their phone- even if it is heavily used.

According to past customers, iUnlock Blackberry’s reputation is well deserved: "I just wanted to take a second to let you know that this service ROCKS! I say this after waiting 3 days for another service, (where I paid more) I was frustrated. I did some research and came upon your service. I was so surprised when it was less than 5 seconds and the MEP code was there for me to use as well as the instructions. Thank you so much for making life simple,” says satisfied customer Kris.

To learn more about unlocking the Blackberry, or to unlock Blackberry Bold 9900, please visit: http://www.iunlockblackberry.com 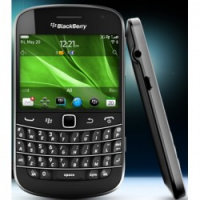