According to the expectation of analysts and Trading Economics global macro models the India Government Bond 10Y by the end of this quarter is expected to trade at 7.28 percent. The 10-year government bond yield rise has become a concern amid inflation for the investors in the market. To overcome the challenge of growing inflation, The RBI raised its key repo rate by 50 bps to 5.4% during its recent meeting in August.

Gurugram, India -- (SBWIRE) -- 09/07/2022 -- Indian government bond yields increased on 23rd Aug, Tuesday following the 10-year U.S. Treasury yield that crossed the 3% threshold to reach a five-week high. The participants in the market are worried about the ongoing pressure of inflation. Experts in 2022 did expect the 10-year U.S. Treasury yield to rise at the end of the year between 1.5% and 2%. The yield during 2022 could go beyond this range. Long-term bonds are also in a slump.

The benchmark bond yield after ending at 6.80% in March touched a high of 7.50% in June. According to different news reports, traders are also anticipating debt issuance from states. The plan is to raise Rs. 6800 crores by selling 10- to 24-year bonds but the amount raised is less. It is half of the anticipated amount of Rs. 12000 crores. The 10-year government bond benchmark yield which was 7.2960% reached 7.2702% post the increase by 9 basis points over the previous three sessions on Monday. The RBI raised its repo rate by 50 basis points to 5.40% on Friday. Due to the rise in the two trading sessions by 19 basis points, the 10-year benchmark bond yield ended at 7.35% on Monday. The U.S. Federal Reserve since March has increased interest rates by 225 basis points that including two consecutive 75 basis point increases in the months of June and July. The chances of the Fed raising rates by another 75 basis points the following month are marginally higher than those of rises of 50 basis points, according to the CME FedWatch Tool.

BondsIndia expects the India Government Bond 10Y to trade at 7.28% by the end of this quarter. The Reserve Bank of India in its latest policy review raised the key repo rate by 50 basis points with the aim to tame soaring inflation. The repo rate now stands at 5.4% will also have an impact on home loans. There can be a rise in interest on home loans again after trending at multi-decade lows. Minutes from a rate-setting meeting that highlighted concerns on inflation outlooks that the Reserve Bank of India's monetary policy committee members and market investors have remained cautious.

In the month of July, consumer inflation in India slowed for the third consecutive month, decreasing to 6.71%, but still above the RBI's mandated goal range of 2-6% for a seventh consecutive month. As inflation worldwide remains highly uncertain, it was essential to bring it down to help sustain economic growth over the medium term. Inflation in the Retail price for a 7th straight month in July remained above the RBI's target range of 2%-6%. The Reserve Bank of India during its August meeting raised its key repo rate by 50 bps to 5.4%, the third-rate hike in a row to combat increasing pricing pressure.

According to Reuters, markets now see the repo rate to be hiked to at least 6% by December 2022.

We are a fast-growing company engaged in offering a dedicated online platform for trade in bonds and other fixed-income securities. We provide a range of products and a secure platform loaded with great features. 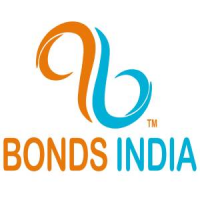