New York, NY -- (SBWIRE) -- 01/13/2012 -- In March of 2011, “The Book of Mormon” premiered on Broadway in New York City. Since then, the show, a musical religious satire written by Trey Parker, Matt Stone, and Robert Lopez, has received a lot of positive reviews from both theater fans and critics, as well as many theatre awards, including an impressive nine Tony awards.

The show, which tells the funny tale of two young Mormon missionaries who end up in a remote village in Uganda where the residents are more concerned with troubles like AIDS, hunger and impoverishment than what the young men are there to talk about, is currently being performed at the Eugene O’Neill Theatre in New York, and often sells out due to its popularity.

People who are visiting New York City and would like to get The Book of Mormon tickets can sometimes be confused as to how they should go about getting them. For example, is it better to purchase them directly at The Book of Mormon Broadway theatre, or should they buy them from a ticket agent?

A new website is already getting a lot of attention for helping people get “The Book of Mormon” tickets they need. Book of Mormon Tickets is an easy-to use site that allows people to see the various dates and times the show is playing, as well as purchase the tickets online.

For those who are unfamiliar with the Book of Mormon musical, the website also includes a hilarious description of the storyline, which was written by three gentlemen with plenty of off-beat comedy experience. Parker and Stone are best-known for creating the animated show “South Park,” and Lopez co-wrote and composed the successful and popular show “Avenue Q.”

“Man has been always pondered about his existence. Many turn to religion for explanation and consolation. There are those who have more questions than religion can answer, but there’s no other place to turn,” the article on the Book of Mormon Tickets website said.

About Book of Mormon Tickets
Book of Mormon Tickets is a new website dedicated to helping theater fans get the tickets they need to “The Book of Mormon.” The show, which is being performed at the Eugene O’Neill Theatre in New York City, is immensely popular with theater-goers and critics alike. The website allows visitors to see which dates and times the show will be performed, as well as connects them to another site to purchase tickets. For more information, please visit http://www.bomtix.com 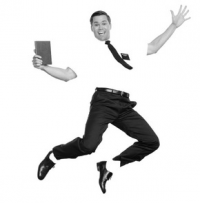