Book Release: Sir Ray Mann and His Book - "Dying to Make a Film"

Los Angeles, CA -- (SBWIRE) -- 10/31/2012 -- All of us like to read books and there is nothing better to do than get a good book in your hands, coffee by your side and soulful music in your ears. Some of us prefer to read fiction books while others like to lay our hands on nonfiction stuff.The site sirraymann.com is specially desgined for the author Sir Ray Mann and his books.

Sir Ray Mann is the author of a nonfiction memoir which is titled as ‘Dying to make a film’ and his next book which is called ‘There’s a winner in your mirror’ is currently being written by him and due for release in spring of 2013.

All About Sir Ray Mann

Sir Ray Mann is a 53 year old author living in the city of Los Angeles. You would be surprised to know that he is related to quite a few famous people like mega movie producer Tyler Perry, basketball superstar Shaquille O’Neal, and boxing great Sugar Ray Robinson, these are his relatives on his mother’s side and the tobacco baron R.J Reynolds is a relative on his father’s side.

Ray was pushed by his high school gym teacher into the field of acting and thus Ray began acting at the age of 16 in Miami. Soon he found his acting talent being used in movies like ‘Hot Stuff’ which starred Dom Deluise and ‘The Greatest’ which had starred boxing great Muhammad Ali.

He also acted in films like ‘Absence of Malice’ and he starred in the college cult house film ‘King Frat’ as the character Splash. He also worked in PBS television specials ‘Lady and the Lynchings’ and for ‘Colored Girls’. After the birth of his first child he decided that he should take full control of where his career is heading and he decided to write, produce and direct films.

His book ‘Dying to make a film’ is the tale of young man, 23 years old, chasing his dream whose journey is filled with faith, love, danger and also redemption. The books speaks to the American dream and those who have read some of it's chapters are already calling it a best seller and are wanting to see it being made as a movie. The book is so relatable to everyone as all of us have to deal with life’s tough questions at some point or the other in our lives.

His second book ‘There’s a winner in your mirror’ is on the way and on top of all this Sir Ray Mann is also planning on starting his own fashion line. Visit the site http://www.sirraymann.com to read more about Sir Ray Mann and his books right away. 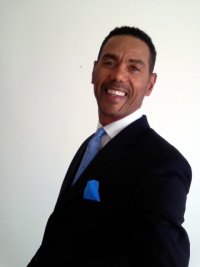