Borderline Personality Disorder (BPD) is generally misunderstood by the general public. While someone suffering from the disorder may appear to just be a difficult person, the reality is that every minute can be profoundly difficult for them and everyone that is a part of their lives. The new website BorderlinePersonalityDisorderFacts.com is poised to help educate the general public on the disorder, its symptoms, causes, treatments and care strategies. “With the potentially devastating effects on the lives of sufferers of this particular personality disorder as well as the people in their lives, we believe that raising awareness among the general public can have a profoundly positive effect on society,” said the website’s spokesperson.

Readers are first introduced to a general understanding of the disorder via an overview article that explains that BPD revolves around a sufferer’s instability in emotional states and relationships. The article looks at the scientific research into the causes of the disorder by weighing the various schools of thought. These include environment, parenting, genetic tendency and the rarer cases where brain abnormalities are contributing factors. “While research and knowledge into the disorder has progressed significantly, it is still unclear to what degree each of these factors contributes to BPD,” said the website spokesperson.

The symptoms are then presented, which include uncertainty of identity; sudden and constantly shifting feelings and opinions of concepts and people; fear of abandonment; impulsive behavior; inability to tolerate being alone; and, frequent inappropriate or unreasonable displays of anger. The article provides in-depth information on each symptom and how each may manifest itself in the person’s life from moment to moment.

“People who have this disorder believe that they are being rejected by the people in their lives and are prone to strong emotional reactions they have difficulty controlling,” said the website spokesperson. “They often act before fully considering the consequences of their actions to such a degree that they actually harm their lives in the process.”

The treatment options for the disorder are discussed, which begins with diagnosis by a skilled psychologist or psychiatrist. Leading therapies such as Dialectical Behavior Therapy are presented, with a breakdown of its multiple approaches as well as the difficulties of introducing drug therapies as effective treatment. “While the disorder is often quite devastating for those dealing with it, the website makes it clear that current therapies can truly help people cope and lead healthier lives,” said the spokesperson. For more information, please visit http://www.borderlinepersonalitydisorderfacts.com

About BorderlinePersonalityDisorderFacts.com
BorderlinePersonalityDisorderFacts.com is a new website dedicated to providing in-depth information on the difficult and often life-threatening disorder commonly referred to as Borderline Personality Disorder. The website provides comprehensive overviews that cover topics such as symptoms, causes, treatment and self-care strategies. Each aspect is thoroughly broken down in language that is easily understood so that the general public can gain a better understanding. 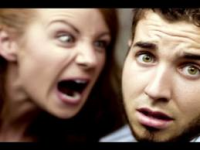