Boston, MA -- (SBWIRE) -- 06/20/2013 -- The beloved Croatian icon Braco (pronounced Braht-zo), who has for 17 years been making a unique and unprecedented contribution to peace and human transformation throughout Europe, and in the United States and Japan since 2010, will be returning to Boston, Saturday and Sunday, June 29 – 30, 2013. Large audiences are expected to gather for a chance to participate in Braco’s gaze; an experience documented by thousands to affect transformation and upliftment in their lives.  The event will take place at the Hilton Boston Logan Hotel –  One Hotel Drive, Boston, Massachusetts.   Braco gazing sessions are scheduled to take place from 10:00 a.m. to 6:00 p.m.; beginning each hour.  Each session lasts 35 minutes.  For more information visit: http://www.braco.net/boston-massachusetts .

Braco, whose unceasing commitment to offering aid to all people regardless of creed, race or social strata, and whose work has garnered International critical acclaim was invited on November 16, 2012 by the Enlightenment Society, a non-governmental organization (NGO) associated with the United Nations, to gaze for Peace at the Tillman Chapel, which serves the UN community. Here members addressed ways that this simple man’s extraordinary ability presents new possibilities to influence world peace and transformation. On November 26, an image of Braco gazing for peace in the Tillman Chapel appeared on a Jumbotron video screen over Times Square.  Two days later, Reuters reported that on November 26, New York City had passed a 24-hour period without a single report of violent crime.  The New York Police Department reported that this was the first time the Police Department had ever experienced a day of peace.  Could Braco's transforming gaze neutralize the impulse to violence?

Braco started sharing a special gift through his gaze eight years ago, before that, he met visitors one-on-one.  According to some of the 90-documented videos about Braco, up to 300,000 people attended group gazing sessions last year alone. It has been reported that through Braco`s gaze, the lives of many people changed for the better- emotionally, spiritually and physically. Many visitors, including some doctors and scientists, have called Braco’s gift “extraordinary”.

Some visitors have experienced radical healings that are medically verifiable-- cancers disappearing, walking after years in wheelchairs, eyesight or hearing restoring, addictions vanishing, chemical issues re-balancing, and more -- but for others, it's a subtle but profound feeling of well-being, hope, or a rare peace that draw people to experience this humble man’s gaze. The impact can sometimes be felt in repaired relationships or improved financial matters.

Braco does not take any money for his help; he does not accept donations and the sessions are always free at his Center based in Zagreb, Croatia.  However, U.S. tour organizers charge a minimal $8.00 fee per-person to cover event facility, tour and organizational expenses.  Tickets for this event may be purchased in advance from the web site, or at the door.

About Braco (Braco.net)
Braco, 45, comes from Croatia. Each year, thousands of people, who seek relief from life’s challenges, visit Braco’s Center based in Zagreb, Croatia. He regularly travels by invitation throughout Europe and the US to gazing events and as a guest at major international conferences where people can experience his loving gaze. This gaze has been reported by many to awaken and realign one`s natural state of balance and harmony. Visitors touched by his gaze often experience positive changes both during and after a session. Journalists and scientists who have studied Braco and his gift report they are, “impressed with the impact of his work”. 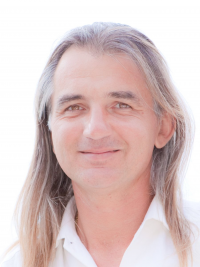