The trust in banks has got so bad thousands of customers are keeping their money at home. Now with the news of fraud and money laundering, the British Public are asking, why is the British Government and David Cameron turning a blind eye on the shocking behaviour of the banks?

London, UK -- (SBWIRE) -- 03/16/2015 -- John V Kalulanga who is shocked at the way British Banks Conduct themselves has today launched an open letter, directed at the Banks, as well as the British Government who should be overseeing the banks to stop fraud and money laundering issues taking place.

Keith Bristow, General Director of the National Agency, recently vowed in apiece published in the Evening Standard Paper on Monday 16 February 2015 that the agency tries its best to curb crimes such as money laundering and other fraud. Despite this claim, there is ample proof that such regulatory bodies are mere slaves of the already broken banking system. Their incompetence is evident from the fact that financial fraud is still rampant in the United Kingdom.

The PPI Scandal, the HSBC's tax evasion case and other money laundering schemes provide proof that Banks have unjustly profited from the weak and incoherent laws of the financial industry. Banks and their chief executives remain protected under shelters that regulatory bodies provide, while their customers persistently face financial ruin due to the banks' faulty policies. The common person remains vulnerable to the abuse and moral malaise these Banks have the license to commit.

John V Kalulanga A respectable citizen narrated his story of being victimized by a Bank's money laundering scandal and has issued an open later to the Banks, MPs, and The British Government calling for immediate action to take place.

On Monday 27 October 2014, I personally reported a case of Fraud and Money Laundry. The NATWEST/RBS used identity theft and forged my signature to secure a loan without my knowledge. To my surprise, to date no statement has even been taken from me by the NCA nor any attempt by them to seek further clarification concerning my allegations against NATWEST/RBS. It is now almost 4 month since I reported my claims to the National Crime Agency under ref: NFRC 141000xxxxxx78. I also requested, from the Bank, to know who did the due diligence. The Bank did not respond to my reasonable request. I requested a copy of the loan agreement - but the Bank said that they are not bound to keep the records of customer permanently. However, the Bank said that they sent officers to my local branch and they did not locate it. I have written five times and each time providing compelling evidence to Sir Philip Hampton, the RBS Chairman, Mr. Ross McEwan, RBS Chief Group Executive and Mr. Tony Smith, RBS Chief Executive, seeking an explanation but in vain."

Once again, I call upon the RBS Chairman and RBS Group Chief Executive to reconsider there position and provide me with the necessary assistance in finding those responsible for this fraud.

It seems, as if, for the Crime Fighters and regulatory agencies, it is regular business. Their regulatory policies serve only one purpose- to protect the preying banks. They only react to crimes already exposed to millions of citizens, just to repair damage to their reputations.

Will this social immorality ever end? The only way eradicate this abuse from the society is to stand up against it. Through the collective efforts of lawmakers, judges, legitimate Banking officials, the Associations of British Bankers, Medias and the police, can we conquer this form of injustice? The regulatory bodies need to curb the crimes before they happen, rather than giving assuring statements when the "Big Fish" are exposed. Together, the nation can build a better Great Britain. 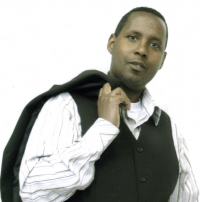