London, England -- (SBWIRE) -- 04/22/2016 -- According to recent studies conducted by Vodafone, one in five Brits prioritises broadband over essentials such as water and gas when moving to a new house. The research indicates that a gigantic 20% of people in the UK would ensure that their internet connection was sorted before their water.

2,000 people were used in this study, with the intention to discover what people consider the highest priority when moving. The top priority was electricity with 53% selecting it as their top choice and then following in second place with 20% was broadband. It has surprised many that broadband came out above water (13%), gas (8%) and also council tax (4%).

In addition to this a massive 71% of homeowners said that broadband isn't only a priority when moving to a new house, but also affects their choices when choosing a new home – saying that they would be put off by poor connectivity and would have to take into consideration the broadband service in an area before making any decisions.

Local, national and international moving and storage company Top Removals were keen to comment on this study, with a spokesperson saying this:

"In today's world a fast internet connection can be as important as anything else, with many people now working from a home- base and many people involved in hobbies in which are internet-based, such as gaming. Not only is good broadband important for people looking to move home but even more so for business owners in search of new offices."

About Top Removals
Top Removals is a leading removals company, working from a London base with customers across a range of locations. Not only can they assist with home removals big and small but their office removals services are also astonishing. For further information you can visit their website: http://www.top-removals.co.uk/office-removals 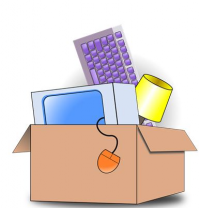