Content Distribution company gets in the Children's music lane.

Aurora, CO -- (SBWIRE) -- 01/04/2019 -- Content distribution company Big Top Entertainment LLC (BTELLC) has released their first ever nursery rhyme album titled "I AM", a seven song character driven musical journey sure to entertain infants, toddler or young child. The album was written by Billboard charting songwriter Curtis Johnson who has composed music for television and film that has garnered millions of streams and views. The sound was a co-production by Cali 303 Productions and BTELLC's in-house production team. The featured vocalist Christina Hernandez along with additional backgrounds create an enchanting and refreshing soliloquy of music geared to the young at heart. The lead single "I AM" playfully emphasizes that we are all somebody to someone, but in a funny, simplistic and relatable way. The other songs spam topics from simple and repetitive cleverly written jingles like "Counting Puppies to good wine down songs geared for quiet time like "Sleep". If the goal was to produce an non-traditional, exciting and new nursery rhyme album, "I AM" has met the standard. 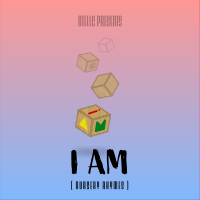