Having deduced that “nothing” does not exist in relativistic space, James Dunn cites the mechanisms and pathway to create and control space-time, to include the structure and pathways to avert impending global extinction.

Extreme Relativity (QESdunn) is based upon a fundamental causal non-relativistic entity from which alternate dimensional spaces are built. "Quantum Causality" is framed in non-relativistic physics and therefore is not directly observable; but deducible from differentials in experimentation. Efforts are made to provide the initial development concepts to frame experimentation leading to the control of time and space; and the building of universes.

The physics has been reviewed by over seven hundred physicists and others interested in actively controlling time and space, to include dissemination to noted organizations including CERN, FERMI, Stanford, Oxford, Berkeley and Los Alamos.

1) The foundation of relativity
2) The experimental pathway that leads to the control/creation of space-time
3) Existing grants available for implementing experimental research
4) Resources for building apparatus to isolate relativity from particle physics experiments
5) The economic system supporting accelerated and focused development
(averting next global extinction events – historically 60,000 years overdue)
6) The ethical structure that will need to be implemented to prevent abuse
7) Initial concepts for scalar tools to control time and space
8) An interim global Weather Control System to avert melting of Methane Permafrost during QES developments

Comments from the author:

Extreme Relativity is based upon a fundamental causal non-relativistic entity from which alternate dimensional spaces are built. "Quantum Causality" is framed in non-relativistic physics and therefore is not directly observable but is differentially deduced. Efforts are made to provide the initial development concepts to frame experimentation leading to the control/creation of time and space; and the building of universes.

QES provides the experimental pathway for separable control of time, space, gravity, energy, force, and sub-atomic particles when causal systems are connected to cause dimensions of aliasing. QES is intended to support the "foundation" of ALL TOE; including E8, MOG, Standard Model, CTMU, Relativity, Virtual Relativity, String Theory, Holographic Universe... as they are all potentially implemented perspectives (alternate dimensional spaces) within an isolated or superimposed QES environment. Only principle properties are required to implement this environment (computer modelling feasible).

The book is a vital text because:

- Systematic characterization of quantum entanglement is non-existent, and without regard to relativity.

- The control of space and time is necessary for interstellar travel.

- Tools are not available to provide vast resources of food and energy for growing populations.

- Students are not dominantly motivated to participate in STEM areas of education; and cited is both an economic system and motivators for promoting development.

- There is no current pathway for extreme longevity and QESdunn provides an experimental pathway for creation and support of that development.

- An Ethical Structure is outlined to Eliminate ALL Corruption globally.

- Society in-general needs a polarizing mechanism to feel they are a part of something greater, for them to sacrifice their free time in pursuit of a fulfilling effort.

About James Dunn
An electrical engineer having assisted in the design of display systems for military vehicles, a program manager for the development of Federal grant related projects, owner of a real estate development, and faculty teaching Embedded Systems, James Dunn is interested in Promoting Positive World Changes.

On-going efforts include the dissemination of a method to provide self-employment in rural communities, promoting to Native Americans living in urban communities with the opportunity to be paid to go to college to receive a liberal arts degree with political science emphasis for transfer to a four-year political science program of study. 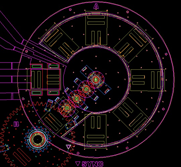