Tempe, AZ -- (SBWIRE) -- 01/23/2012 -- BuyNickelbackTickets.net recently announced that Nickelback tickets for the band’s North American Tour are now on sale. The Website has detailed listings of the “Here and Now” 2012 Nickelback tour dates as well as links to purchase Nickelback Concert Tickets, the band’s official Website and its fan club.

With six albums, several #1 singles, dozens of awards, millions of fans and a platinum album under their belt, the rock band Nickelback has made an indelible mark on rock music throughout the world. The Grammy-nominated band from Alberta Canada hits the concert stage for a North American tour in support of their seventh album entitled “Here and Now.”

The Live Nation-produced “Here & Now Tour 2012” begins on April 10th in Moline Illinois at the I Wireless Center and concludes in Vancouver Canada at Rogers Arena on June 26, 2012. After hearing the album and its first two singles, fans of the band are really pumped for the tour, and the Website gives them a central place from which to reach the official band Website, fan club and links to purchase Nickelback tickets for the tour,” said the BuyNickelbackTickets.net Webmaster.

Opening for the band on the 39-date trek throughout North America will be BUSH, Seether and My Darkest Day. Nickelback will be performing songs from the new album as well as many of their classic hits. Reportedly over two years in the making, the band’s seventh album entitled “Here and Now” debuted at #2 on the Billboard Top 200 thanks to the hit singles “When We Stand Together” and “Bottoms Up.”

Although the band has weathered some tough criticism since forming in 1995, Nickelback has been able to move beyond the end of the grunge era into modern rock’s new millennium with millions of satisfied fans around the world. The “Here and Now Tour 2012” will be hitting the usual rock and roll hotspots such as New York, Los Angeles, St. Louis, Chicago, Detroit, and Atlanta in the U.S as well as Montreal, Calgary, Edmonton and Vancouver Canada. “According to the band, this tour will be the biggest and baddest yet, so fans should get Nickelback tickets early before they sell out,” said the Webmaster. For more information, please visit http://www.buynickelbacktickets.net 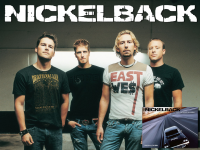