Sonoma, CA -- (SBWIRE) -- 04/09/2012 -- Foyt Family Wines released a Napa Valley premium Cabernet Sauvignon entitled No. 77 which was named after the year A.J. Foyt won his fourth Indianapolis 500 in 1977 to become the first driver to win Indy four times. This 2008 vintage received a 93-point rating at a pre-release tasting at Hess Vineyards.

In addition to receiving a premium quality wine, purchasers of this selection will also be making a contribution to the Dan Wheldon Family Trust Fund. Foyt Family Wines will donate $10 per bottle for every bottle purchased online through the company’s website: www.foytwines.com.

Wheldon, a two-time Indy 500 winner who won the 2011 100th anniversary 500-Mile race, lost his life in a tragic multi-car accident at Las Vegas Motor Speedway while driving the No. 77 Indy car in mid-October. The 33-year-old left behind a wife and two young sons for whom the trust fund was established.

“We had planned to release our No. 77 wine the week after that tragic race but held off because of those circumstances,” said Chris Perry, managing partner of Foyt Family Wines. “Larry and A.J. Foyt IV wanted to do something to help Dan Wheldon’s family and the fact that Dan was driving a No. 77 car, we thought this would be a way to help out his young family and honor Dan even though the wine is named after A.J.’s record-setting Indy victory.”

Created for the Foyt family by winemaker Tom Meadowcroft, the wine was harvested at the end of September of 2008 and fermented for two weeks before it was aged in Alain Fouquet French Oak barrels for three years, which allowed for the massive fruit and tannin structure to mature into a complex and complete wine.

This latest offering is not to be confused with the Foyt Family Wines No. 77 Collector Series Reserve Cabernet, a 2007 premium vintage released last year. Bottled with a special label depicting A.J. Foyt after he won his fourth Indianapolis 500 race in 1977, the limited offering proved to be very popular with both wine aficionados and race fans alike.

This wine is a perfect gift for race fans, car collectors, and wine enthusiasts alike. With the purchase of the No. 77 Cabernet Sauvignon, consumers will not only receive an amazing wine, they will also honor a race driver whose talent on the track was exceeded only by his warmth off of it.

The wine, which retails for $75, is sold via the www.FoytFamilyWines.com website and the Meadowcroft Wines tasting room in Sonoma, Ca. Web orders is being taken immediately. 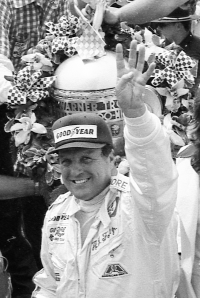 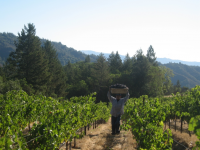