Alberta, Canada -- (SBWIRE) -- 01/23/2013 -- The White Flags of Alderaan, is an oddly titled, strange release from Wakeup Starlight, a Canadian Alt/Pop group. The obscure reference to Princess Leia’s doomed planet in Star Wars, Episode IV is no indication of the general sound of this group. Pushing towards a grassroots AAA campaign alongside the likes of Mumford & Sons, and The Lumineers, Wakeup Starlight hopes their brand of Canadian Alternative music will catch on with a worldwide audience. All signs point toward this possibility as The White Flags of Alderaan, though only 5 songs strong, is not only tremendously catchy, but new in it’s approach to combine Pop music with it’s rebellious cousin, Alternative Rock.

Opening with a sad folky track, aptly titled, Loco Train (A Canadian Tragedy), reminiscent of Early Ben Folds and Paul Simon sounds, lead singer Caleb Cummings leads us through the all too common despair of being dumped hardcore by his longtime girlfriend. Then there’s a strange, apocalyptic, hillbilly warning called The Earth is Dying; Cryptically metaphorical Ska track, The Lions, and a strange array of other sounds and emotions pack this short, sweet album with heart and soul. Though obviously constrained by it’s indie budget, the band makes up for it by focusing all their energy on the songs, which shine through with a sincerity rarely seen in this side of the industry.

Upon a closer listen, there are signs of a decidedly Christian element to Wakeup Starlight’s constitution, but unlike artists overtly branded as such, with their all too common, gag inducing lyrics, and shallow portrayal of Christianity, this record reeks of sincerity, and the struggle to reconcile the Faith with honesty and progressive, thinking.

Available on iTunes and Android stores now, listen for Wakeup Starlight’s The White Flags of Alderaan making whispers in your neck of the woods. 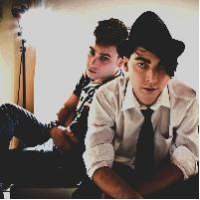